Home » Cricket » IPL 2021: Maxwell might just end up being the player of the tournament – Michael Vaughan

IPL 2021: Maxwell might just end up being the player of the tournament – Michael Vaughan 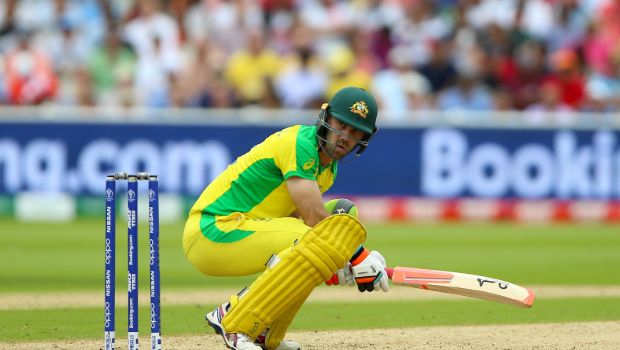 Former England skipper Michael Vaughan has predicted that Glenn Maxwell might end up being the player of the tournament in the ongoing Indian Premier League.

Maxwell has made a promising start to IPL 2021 campaign as he has returned with scores of 39, 59, and 78 in the first three matches of the season.

The Australian is currently the highest run-getter of the tournament with 176 runs in three matches at an impressive average of 58.67 and a blistering strike rate of 149.15. Thus, Maxwell has the Orange Cap on his head.

Maxwell has been assigned the role of number four and he has grabbed it with both hands. The right-hander had scored only 108 runs for Kings XI Punjab (now Punjab Kings) in the previous season but he has been able to turn the tables in the ongoing season.

Maxwell has been under the scanner as he hasn’t been at his best in the last few seasons of the IPL. In fact, Maxwell’s fifty against Sunrisers Hyderabad was his first since May 2016 in the IPL. The Australian scored his second on the bounce when he scored a fine knock of 78 runs off just 49 balls against Kolkata Knight Riders at Chennai on Sunday.

“Love watching Maxwell bat. He might just end up being the player of the tournament. Slightly under the radar in the same team as Virat Kohli and AB de Villiers. RCB are looking the strongest I have seen them,” Vaughan tweeted.

RCB has been able to get the best out of Maxwell and the franchise will hope that the talisman continues the good form. Maxwell has looked positive in his strokeplay and he will look to keep the good show.

RCB skipper Virat Kohli stated that Maxwell has taken to the team like a duck to water. RCB will now move to Mumbai, where they will face Rajasthan Royals on 22nd April.