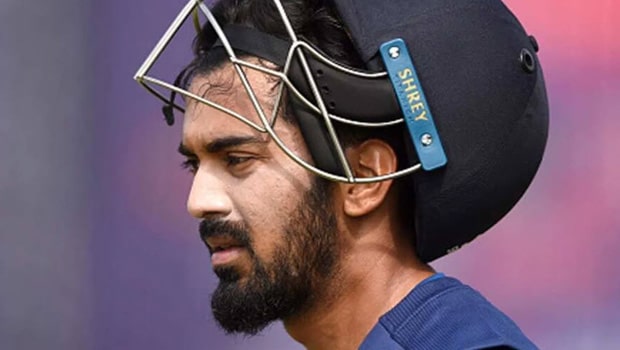 Kings XI Punjab skipper KL Rahul feels the total of 195 runs looked par against Delhi Capitals at the Wankhede Stadium, Mumbai on Sunday. After losing the game by six wickets, Rahul feels his team was 10-15 runs short but at the mid-innings break, thought his team had put enough runs on the board.

However, it wasn’t to be as Delhi cruised to the target with relative ease, winning by six wickets and 10 balls to spare. KL Rahul and Mayank Agarwal provided a perfect start as they added 122 runs for the opening alliance inside the 13 overs. However, Punjab Kings was not able to get the kick in the final five overs as they would have liked.

Rahul failed to change the gears as he scored 61 runs off 51 balls at a mundane strike rate of 119.61. The PBKS skipper had got settled but could not finish the innings on a high and was dismissed at the wrong time.

On the other hand, Shikhar Dhawan was at his absolute best as he scored 92 runs off just 49 balls. DC got off to a perfect start as they added 59 runs in the powerplay overs. Dhawan continued his assault despite the dismissal of Prithvi Shaw and got his team close to the target. Subsequently, Marcus Stoinis added the finishing touches as he scored 27 runs off 13 balls to take his team over the line.

KL Rahul said in the post-match presentation, “Victory (on his birthday) would have been sweet, so it’s slightly disappointing. But we have a lot of games, so hopefully, we come back stronger and win few games. Right now it looks 10-15 runs short, but I think 190-odd looked good. Me and Mayank thought 180-190 would have been great on this wicket. Shikhar batted well, so congratulations to them. When we come to Wankhede, bowling second is always a challenge. We prepare for such conditions. It does get difficult against these quality batters. I’m not saying that because I’m on the losing side. Bowlers try to bowl with the wet ball, but it’s always difficult to do that. I asked the umpires to change the ball a couple of times (as it was wet), but the rule book doesn’t allow that”.

Punjab Kings will aim to come up with a better bowling performance in the coming matches. Barring Arshdeep Singh, all the Punjab bowlers took a hammering against DC.

Punjab Kings will face the Sunrisers Hyderabad at the MA Chidambaram Stadium, Chennai on 21st April.