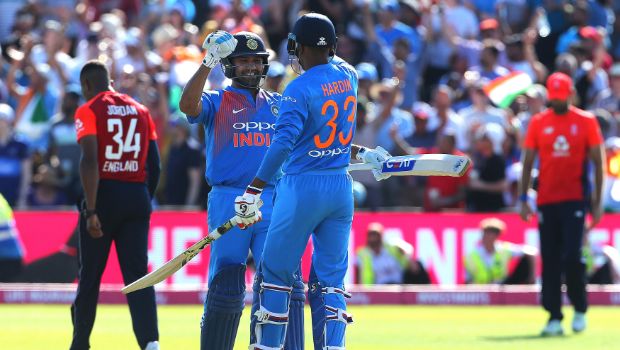 Mumbai Indians lost only five matches in the previous season and they are always a force to reckon with in the IPL. The Rohit Sharma-led team has a potent bench strength and their players are always known to grab their opportunities with both hands.

Mumbai is the most successful IPL team in the league as they have won the title on five occasions. Mumbai has a potent squad and they are known to come with collective efforts. The Rohit Sharma has mostly ticked the right boxes in the tournament and it is always a difficult job to beat them.

Mumbai has all-rounders like Krunal Pandya, Hardik Pandya, and Kieron Pollard, who all add value to the team. The reigning champions have a strong batting order as they have batters like Rohit Sharma, Quinton de Kock, Ishan Kishan, and Suryakumar Yadav.

On the other hand, Sunrisers Hyderabad has also done well in the recent past. The Orange Army had qualified for the playoff stages in the previous season but they lost in the Eliminator contest against Delhi Capitals.

Hyderabad has a good bowling unit as they have bowlers like Bhuvneshwar Kumar, Rashid Khan, and T Natarajan. Furthermore, they have quality batsmen like David Warner, Jonny Bairstow, Jason Roy, and Kane Williamson.

Meanwhile, Mumbai will begin their title defense when they will take on RCB at Chepauk Stadium on 9th April whereas SRH will lock horns against KKR at the same venue on 11th April.