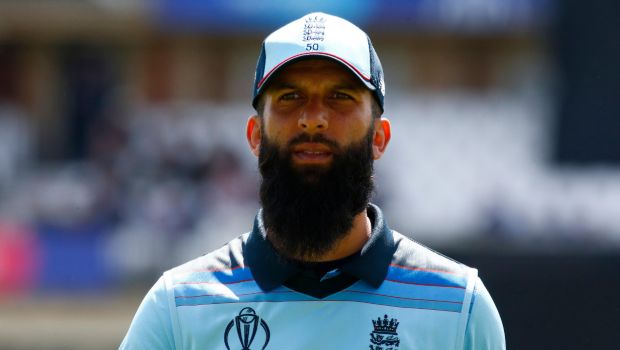 Chennai Super Kings have promoted Moeen Ali to number three in the ongoing season and the England all-rounder has grabbed his opportunity.

Ali hasn’t been able to convert his start into a substantial score but he has given the much-needed impetus to the team with his blistering batting. Ali was awarded the Player of the Match for his all-round performance against Rajasthan Royals at the Wankhede Stadium, Mumbai on Monday.

Apart from scoring 26 runs, Ali returned with impressive figures of 3-7 in his three overs. The England player was able to spin his web and delivered for CSK. Ali took crucial wickets of David Miller, Chris Morris, and Riyan Parag in a jiffy to put CSK in a driver’s seat.

Moeen was delighted with his performance and said in the post-match presentation, “My job here is to try and score as many runs for the team and get a good start. When I went up the order, it wasn’t an easy wicket and I’m pleased with both the departments. I thought as a team we played really well and everyone contributed. Once the left-handers came in I knew I had a good chance of bowling whenever the captain needs me. I feel it’s a good wicket for the spinners and if you land the ball in the right areas you’ve always got a chance”

Meanwhile, Moeen Ali was roped in for a whopping amount of INR 7 crores in IPL 2021 auction and the all-rounder has thus far delivered for the MS Dhoni-led team.

Ali has been given the license to play his natural game and thus he has been able to hit the ground running. CSK has got off to a good start in the ongoing season as they have won two matches out of the three they have played. Thus, Moeen Ali has been a big positive for CSK and he will aim to continue the good show for the franchise.

CSK will play their next match against Kolkata Knight Riders at the Wankhede Stadium, Mumbai on 21st April.