Home » Cricket » IPL 2021: Nitish and Tripathi set up the game for our middle order – Eoin Morgan 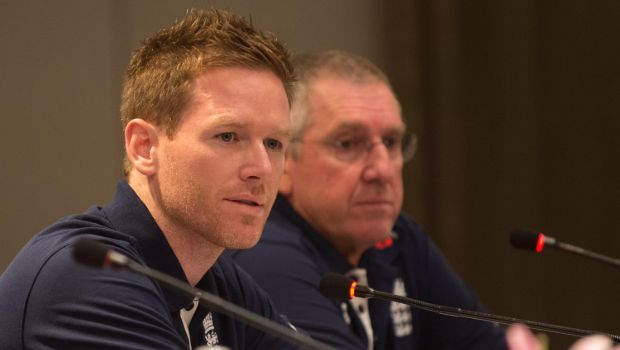 Kolkata Knight Riders captain Eoin Morgan has heaped praise on the team’s top-order batsman – Nitish Rana and Rahul Tripathi – for setting up the game for their middle-order, after his team registered their 100th win in the IPL by 10 runs at the Chepauk Stadium on Sunday.

KKR was put into bat by SRH skipper David Warner and got off to a decent start as Rana and Shubman Gill added 50 runs in the powerplay overs.

After Gill’s dismissal, Rahul Tripathi was able to hit the ground running as he dispatched Mohammed Nabi over the long-off boundary for a six on the second ball he faced. Tripathi was able to find the gaps and reached his sixth IPL fifty off just 28 balls. The right-hander was soon dismissed on 53 after reaching his personal milestone.

Rana, on the other hand, was able to get the boundaries at regular intervals to keep the run-rate at par. The left-hander scored 80 from 56 balls with the help of nine fours and four maximums. The left and right-hand batting combination added 93 runs off just 50 balls and helped the team stay on the right track of a par score.

At 146-2 after 15.2 overs, the stage was set for hitters like Andre Russell, Eoin Morgan, and Dinesh Karthik to explode. However, Russell and Morgan were not able to fire at all cylinders.

Karthik provided the finishing kick as the right-hander played a crucial little cameo of nine-ball 22, thus taking the team’s total to 187 runs. In fact, KKR could only manage 42 runs in their last five overs but the bulk of the work was already done by Rana and Tripathi.

Eoin Morgan said at the post-match presentation, “Delighted. The build-up to the tournament has been pretty good. The camp that we had pre-tournament, the guys gelled well. Never quite sure what performance they will produce. Today was quite magnificent the way the guys batted. Guys at the top of the order. Nitish and Tripathi were absolutely outstanding and set up the game for our middle order to play in the manner we want to play. Certainly the bowling, we couldn’t have asked for a better start. Chopped and changed a bit in the powerplay”.

KKR has got off to a perfect start and they will aim to continue the good show. SRH was always behind the eighth-ball after Jonny Bairstow was dismissed after scoring a fine knock of 55 runs. Manish Pandey couldn’t bat in the top gear and the Orange Army fell 10 runs short.