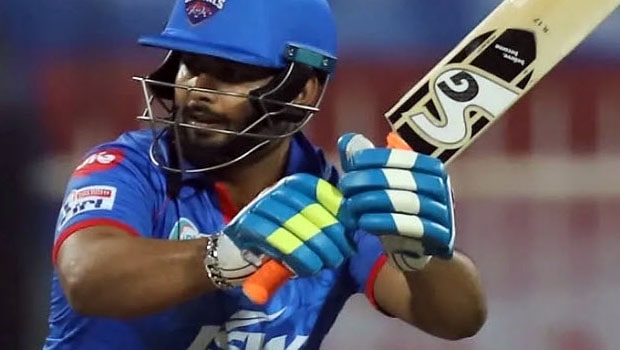 Delhi Capitals captain Rishabh Pant was feeling disappointed after his team narrowly lost against Royal Challengers Bangalore by one run at the Narendra Modi Stadium, Ahmedabad on Tuesday. Pant scored an unbeaten knock of 58 runs off 48 balls but could not get his team over the line.

In fact, Pant is well known for his pyrotechnics but he couldn’t change gears against RCB as he scored at a paltry strike rate of 120.83. On the other hand, Shimron Hetmyer gave Delhi’s innings a much-needed push as he smashed 53 runs from 25 balls but his efforts went in vain as RCB sealed the thriller by one run.

Pant added that his team was able to get so close to the target because of Shimron Hetmyer’s heroics with the bat. On the other hand, Rishabh Pant gave the 20th over to Marcus Stoinis, who leaked 23 runs. Amit Mishra had one over left in his spell but Pant noted that the spinners were not getting help from the surface and thus he backed Stoinis for the final over.

Rishabh Pant said in the post-match presentation, “Obviously feeling disappointed, especially when you are on the losing side. They got 10-15 runs extra on this wicket. Hetty (Hetmyer) played a brilliant innings, because of him we got close to the target. In the last over, we were thinking whoever gets the ball has to finish the job for the team. That’s what we were planning, in the end we were one run short. We counted the overs really well, in the end the spinners weren’t getting the help which we thought they might get. In the end, I had to give the ball to Stoinis. It’s good to take positives from all the matches. As a young team, we like to learn from each and every game and want to improve each and every day”.

Delhi Capitals would be disappointed as they had six wickets in hand after the end of 20 overs as they couldn’t achieve the target of 172 runs. Meanwhile, AB de Villiers scored a magical knock of 75 runs off just 42 balls to turn the match on its head as the Proteas star timed the ball sweetly.

Delhi will next face KKR at the same venue on 29th April.