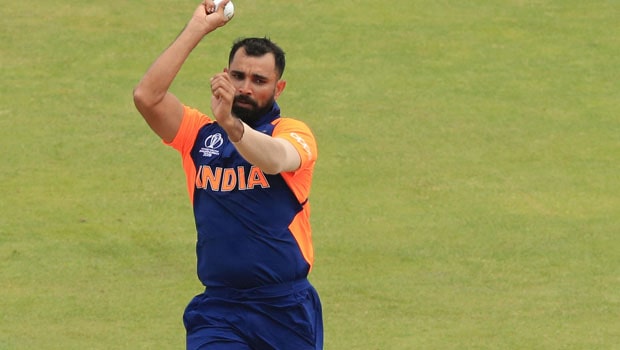 Punjab Kings gun fast bowler Mohammed Shami has expressed confidence that the team’s death bowling is better than what it was in the previous season. Punjab Kings (previously Kings XI Punjab) had failed to qualify for the playoff stages of previous season and had finished at the sixth position in the league stage points table.

Shami had a good season for the franchise as he was the pick of the bowlers for the KL Rahul-led team. The right-arm fast bowler had scalped 20 wickets in 14 matches at an average of 23. However, he couldn’t get support from the other end.

Meanwhile, Punjab Kings spent a whopping amount of INR 14 crores to rope in the services of Australia’s fast bowler Jhye Richardson. The right-arm fast bowler had finished the recent season of the BBL as the leading wicket-taker while playing for Perth Scorchers.

Richardson had scalped 29 wickets in 17 matches at an average of 16.31 in the BBL 2020-21 season. The fast bowler took two four-wicket hauls in the tournament.

Furthermore, Punjab Kings also got the services of Riley Meredith for a huge amount of INR eight crores. Meredith had snared 16 wickets in 13 matches of the BBL 2020-21 season. Moreover, PBKS have roped in Australia’s all-rounder Moises Henriques. Punjab also has Chris Jordan in their squad, who is a specialist T20 bowler for the death overs.

Thus, Shami is hopeful that the team will come up with a better bowling performance in the upcoming season of the IPL.

“We can’t change the past. I tried my best last season and also help the fellow pacers whenever I could. We got good overseas players now. It is a stronger squad so we should do better this time,” said Shami while talking to PTI.

“Your mind has to be absolutely clear in the shortest format. As a unit we did good work but lost close matches we should have won. The support staff and players were frank with each other about that.

“Our death bowling seems better compared to last year, so we should do better.”

Punjab Kings will kick-off their season against Rajasthan Royals at the Wankhede Stadium in Mumbai on 12th April.