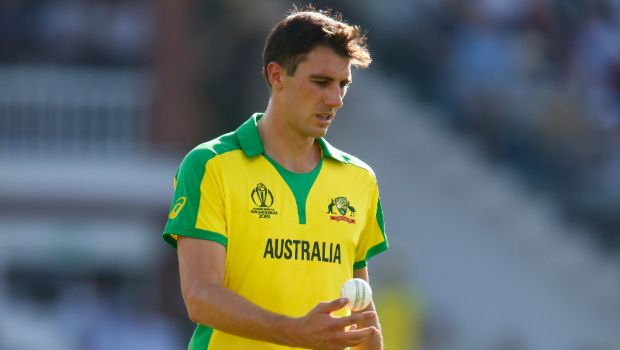 Kolkata Knight Riders gun fast bowler Pat Cummins has revealed that winning the title in 2014 was his favourite IPL moment. KKR had defeated Kings XI Punjab in the final of 2014 season.

Cummins also stated that he loved playing under the aggressive captaincy of Gautam Gambhir. Gambhir lead KKR to two titles in 2012 and 2014 and he was known to take the bulls by its horns.

Pat Cummins, who is currently completing his quarantine in Chennai, took to Instagram to host a Q/A session with his fans. Cummins also added he loves watching Jasprit Bumrah bowl whereas he stated that his young teammate Kamlesh Nagarkoti is a very good bowler.

“Favourite moment was my first IPL in 2014 with Kolkata winning the title and then going to next day and see hundreds of thousands of fans on street going crazy,” said Cummins on his Instagram story.

“Enjoyed playing under GG (Gautam Gambhir) he was always really aggressive as a captain which I loved,” he added.

“I like watching (Jasprit) Bumrah bowl. And this youngster from KKR Kamlesh Nagarkoti, he is very good.”

Bumrah is one of the most consistent bowlers in the IPL and he is well known for his accuracy while bowling in the death overs. Meanwhile, Kamlesh Nagarkoti has the pace under his belt but he has troubled by a spate of injuries in the last couple of years.

On the other hand, Pat Cummins was brought for a whopping amount of INR 15.50 crores in last year’s auction. Cummins didn’t have a great first half but came up with a better performance in the second half of the season. The Australian fast bowler scalped 12 wickets in 14 matches at an average of 34.08 and an economy rate of 7.86.

Meanwhile, Kolkata Knight Riders had failed to qualify for the playoff stages in the previous season as they finished at the fifth position after winning seven matches and missed out due to poor Net run rate. Thus, KKR will aim to turn the tables under a brilliant leader in Eoin Morgan.

KKR will begin their IPL 2021 campaign against Sunrisers Hyderabad at the MA Chidambaram Stadium, Chennai on 11th April.