Home » Cricket » IPL 2021: Playing for India has added to my confidence – Prasidh Krishna 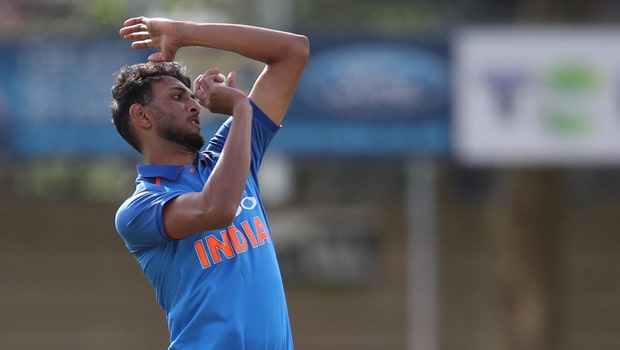 Krishna made a good start to IPL 2021 campaign as he scalped two wickets in the team’s opening match against Sunrisers Hyderabad at the MA Chidambaram Stadium, Chennai on Sunday.

Krishna accounted for SRH skipper David Warner in his first over as he produced an outside edge to keeper Dinesh Karthik. Subsequently, the lanky fast bowler flummoxed Mohammed Nabi with a slower delivery to pick his second wicket.

Meanwhile, Krishna made an impressive debut against England as he scalped four wickets on his debut. Krishna had taken a beating in his first spell but made a resounding comeback in his second spell.

The fast bowler from Karnataka scalped a total of six wickets in the three ODIs he played at an average of 29. Thus, it played as a big confidence booster for Krishna when he played the first game of IPL 2021 for KKR.

Krishna had received his maiden India call-up after he scalped 14 wickets in seven matches at an average of 22.21 and bowled at the top of his game in the Vijay Hazare Trophy.

Prasidh Krishna said at the post-match presentation, “I was trying my best to get the pace up. There wasn’t much in the wicket and I had to put in something to get the ball to the keeper. We had a very good 10-day camp to get everyone into good nick and it’s nice that everyone has chipped in. The wicket was slow, not easy to hit off a length which I realized while bowling, and they (Rana and Tripathi) did really well. Vijay Hazare Trophy, Syed Mushtaq Ali, and all those games have gotten me game time and helped me with my performances. Confidence is upbeat now because I am coming off a good series and I hope to contribute further for my team. Some of the biggest hitters are on my side, so I am quite fortunate. But all the players are down to earth and it’s really nice being part of this team”.

Prasidh Krishna has grown in confidence and he will aim to continue the good show. The fast bowler has the pace under his belt and he is a smart bowler. Krishna can get the extra purchase from the surface because of his height and pace and he can trouble the opposition batsmen.

KKR will play their next match against defending champions Mumbai Indians at the same venue of MA Chidambaram Stadium, Chennai on April 13