IPL 2021: Prithvi Shaw makes it easy for me – Shikhar Dhawan 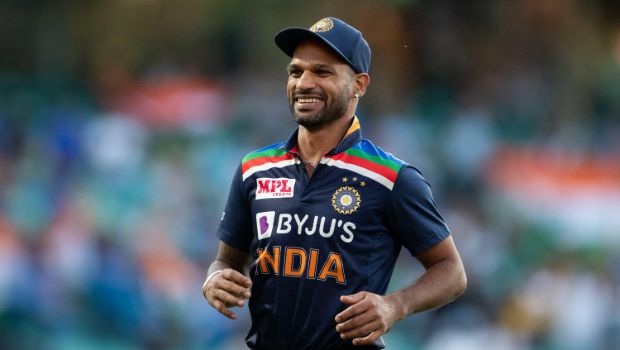 Delhi Capitals opening batsman Shikhar Dhawan has stated that his partner Prithvi Shaw makes his job easier at the other end.

Shaw raced to 39 runs off just 22 balls against Punjab Kings and provided another quick start to his team as DC added 63 runs in the powerplay overs. DC were able to cruise to the total of 167 runs with seven wickets and 14 balls to spare. In the match against Kolkata Knight Riders, Shaw had scored a blistering knock of 82 runs from only 41 balls.

Meanwhile, Dhawan scored an unbeaten knock of 69 runs from 47 balls to help his team get over the line against Punjab Kings at the Narendra Modi Stadium, Ahmedabad on Sunday. The veteran left-hander was delighted with the way the team chased down the target. Dhawan remained unbeaten till the end and played a key role in the team’s win.

Dhawan is currently the Orange Cap holder with 380 runs in eight matches which he has scored with an impressive average of 54.29 and a strike rate of 134.28. On the other hand, Shaw has scored 308 runs in eight matches at an average of 38.50 and a blistering strike rate of 166.49. Thus, both of them have been instrumental in the success of Delhi Capitals and they have done the bulk of the scoring for the team.

Shikhar Dhawan said in the post-match presentation, “Really happy with the way we chased the score down. Prithvi and myself were able to get a great start. Smith chipped in nicely and I knew I had to go till the end. Perfectly crafted innings, I enjoyed it. Once we knew that we could close the game, we wanted to finish the game early around 19 overs, but Hetmyer finished it in the 18th. He’s been amazing with the way he has been striking. Good to up the strike rate. Both runs and strike rate are important. I have to respect the wicket. So the approach will depend on the pitch. I have been playing with Prithvi for three years now and he makes it easy for me as well”.

DC will next face Kolkata Knight Riders on 8th May at the same venue of Narendra Modi Stadium, Ahmedabad.