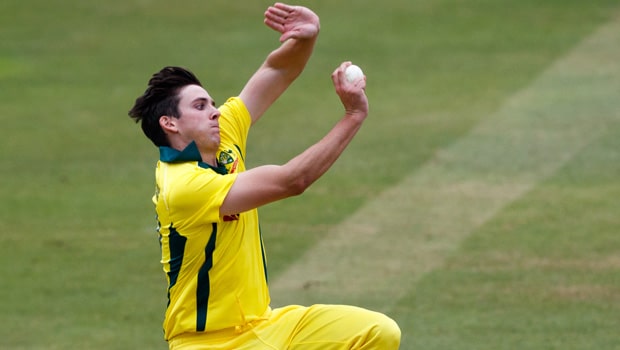 Punjab Kings went big for Australian fast bowler Jhye Richardson as they have roped him for a massive amount of INR 14 crores. Richardson had impressed in the recently concluded Big Bash League and thus his price shot through the roof. The right-arm fast bowler had finished the recent season of the BBL as the leading wicket-taker while playing for Perth Scorchers.

Richardson had scalped 29 wickets in 17 matches at an average of 16.31 in the BBL 2020-21 season. The fast bowler took two four-wicket hauls in the tournament.

The fast bowler will play in the IPL for the first time and it will be interesting to note how he will handle the pressure of the big tournament. In fact, Richardson has impressed in his young career as he has scalped nine T20I wickets in as many matches.

Meanwhile, Punjab Kings had the maximum purse value of INR 53.20 crores and thus they were able to bid big for the Australian fast bowler.

Richardson will join fast bowlers like Mohammed Shami and Chris Jordan in the Punjab Kings pace bowling battery. Apart from Jhye Richardson, Punjab Kings have roped in England’s southpaw batsman, Dawid Malan for INR 1.50 crores. Malan has been in top form in the shortest format of the game and he can add value to Punjab’s batting order.

Furthermore, Punjab Kings were able to get the services of impressive Shahrukh Khan for INR 5.25 crores. The Tamil Nadu batsman has scored 293 runs in 31 T20 matches at an average of 18.31 but he has impressed with his blistering batting.

Meanwhile, Punjab Kings had failed to qualify for the playoff stages in the previous season of the IPL and the KL Rahul-led team will look to turn the tables in the forthcoming season.