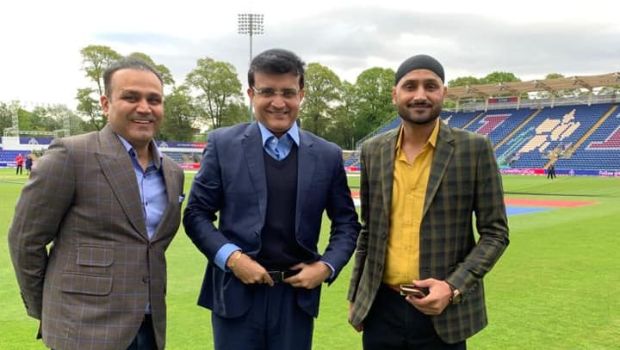 Former Indian opener Virender Sehwag feels Punjab Kings need to sort out their resources while batting first. PBKS have struggled to get going with the bat whenever they have batted first in the tournament.

The KL Rahul-led team couldn’t get going against Kolkata Knight Riders at the Narendra Modi Stadium, Ahmedabad on Monday as they could only post a total of 123 runs after they were asked to bat first by Eoin Morgan.

Mayank Agarwal scored 31 runs whereas Chris Jordan’s 30 helped PBKS go past the 120-run mark. Apart from these two, none of the batsmen could deliver the goods. PBKS have struggled with the bat and players like Chris Gayle, Nicholas Pooran, Deepak Hooda have failed to deliver on a consistent basis.

In fact, Punjab could only post 106 runs against Chennai Super Kings and then managed a paltry score of 120 runs against Sunrisers Hyderabad. Thus, their batting woes continued to manifold after a poor performance against Kolkata Knight Riders.

“Punjab needs to sort out their resources, especially when they are batting first. No doubt Punjab bowled very well. They also produced a brilliant performance with the ball against Mumbai Indians in their last game. But the most important factor for them is their batting,” Sehwag told Cricbuzz.

Sehwag, who played two seasons for Punjab Kings, feels the Mohali-based franchise needs to come up with a collective effort in the batting department, which has been missing thus far.

“They need to make sure that their hard-hitters start performing well which will eventually make them consistent in winning games. They have the firepower to score 200-plus runs. Even if two out of their four batsmen click at the right time, they can completely change the game. ”

“We call CSK as one of the best teams because once their batters gain form, all of them can be seen contributing. That contribution of 20-30 runs from each batter was missing in the case of Punjab Kings. None of them contributed,” Sehwag added.

PBKS have played six matches and they have only won two and will need to come up with better performances. The Mohali based franchise will play their next match against RCB at the same venue on 30th April.