IPL 2021: RCB has given me a specific role – Glenn Maxwell 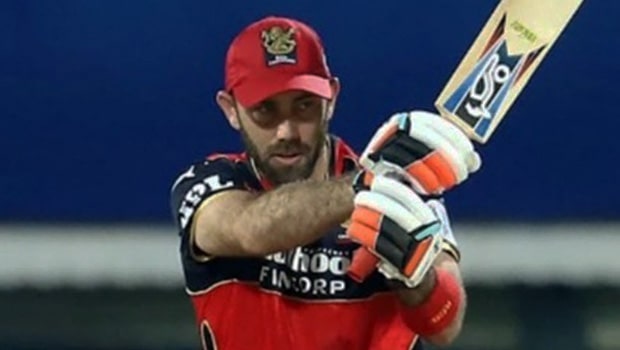 Royal Challengers Bangalore new recruit Glenn Maxwell stated that the franchise has given him a specific role and he is playing with freedom with AB de Villiers to follow in the batting order. The Australian all-rounder scored his first fifty in the IPL since May 2016 as he scored 59 runs from 41 balls against Sunrisers Hyderabad on a difficult pitch of MA Chidambaram Stadium, Chennai on Wednesday.

Thus, Maxwell played an instrumental role in helping his team post a fighting score of 149 runs, which they defended by six runs. Kohli and AB de Villiers were dismissed for 33 and 5 respectively and the onus was on Maxwell to take his team to a competitive total.

Maxwell had also scored a decent knock of 39 runs off 28 balls in the opening match against Mumbai Indians. Ergo, the Australian is looking in good form and he will aim to continue the good show for RCB. Maxwell was awarded the Player of the match for his fine fifty.

Glenn Maxwell said in the post-match presentation, “It’s a very nice start, new franchise for me and they have given me a specific role. To start like this is really nice. It’s nice to have batters behind you, you have freedom with AB to come and it’s a very similar role I have in the Australian cricket team. The support staff has been backing me as well. It’s just about using the experience. Get myself in and then go for the runs. Probably having those guys behind me is a luxury at RCB. Maybe was pushed a bit too deep and expected to go from ball one, which I am not pretty good at. Maybe a bit of a cultural thing as well. Obviously. I think it’s my 4th IPL team and there’s a bit of pressure. So it was really key for me to turn up and do well. I will wait for my chance to bowl. Washi is a superstar for us. The more I don’t bowl and hopefully, I can keep contributing with the bat, the happier I will be”.

Maxwell has looked in fine form and he can play a big role for RCB in taking them to their maiden IPL title along with Virat Kohli and AB de Villiers. Meanwhile, it was RCB’s bowling that stole the match from the jaws of defeat from SRH. The Orange Army was cruising to the total of 150 at 91-1 and required 54 from 41 balls. However, the dismissal of David Warner turned the tide in RCB’s favour.

Shahbaz Ahmed took three wickets in the 17th over and conceded a solitary run to turn the match on its head. RCB will play their next match against Kolkata Knight Riders at the same venue of Chepauk Stadium on 18th April.