IPL 2021: RCB will be a lot stronger with Virat Kohli opening the innings – Michael Vaughan 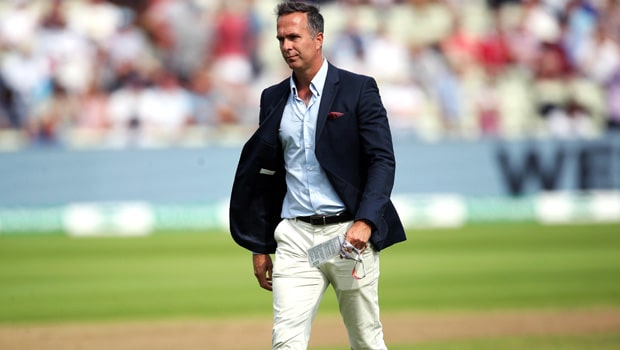 Former England opener Michael Vaughan believes Royal Challengers Bangalore will be a stronger unit if their skipper Virat Kohli will open the innings. Kohli recently revealed that he will open the innings in the IPL for RCB in the post-match presentation of the final T20I against England on Saturday.

Kohli opened the innings in the deciding T20I with his deputy Rohit Sharma after the hosts decided to drop KL Rahul. Kohli and Rohit added a fine alliance of 94 runs and laid down the foundation of a par score for the team.

In fact, Kohli also hinted that he would like to open the innings with Rohit in the future games and could well open the innings in the T20 World Cup. This was the eighth time when Kohli opened the innings for the national team in the 84 innings he has played in the shortest format of the game.

On the other hand, Kohli has more experience of opening the innings in the IPL. Kohli has opened the innings 61 times in his IPL career, in which he has scored 2345 runs at an average of 46.9 and a strike rate of 140.2.

Kohli will open the innings with Devdutt Padikkal, who made an impressive debut in the previous season of the IPL. Padikkal had also scored 737 runs in the recently concluded Vijay Hazare Trophy. Thus, it is going to be a potent opening pair for RCB in the upcoming season of the IPL.

“He [Virat Kohli] could bat anywhere but I think they [Team India and RCB] have found something. I think the RCB will be a lot stronger by having Virat Kohli at the top of the order,” Vaughan said on Cricbuzz.

“He will be so consistent on those wickets. If you ask any batsman that’s worth any kind of salt ‘Where would you like to bat in India?’, and you’ll get ‘I’ll open the batting please’,” he added.

“I think he will have some fun over the next few months opening the batting. We are going to see some fine innings,” Vaughan further said.

Kohli has the skills to deliver at any batting position and it is in the best interest of RCB if their best batsman gets the opportunity to bat for the maximum number of balls. RCB will begin their IPL campaign against reigning champions Mumbai Indians at the Chepauk Stadium, Chennai on the 9th of April.