Home » Cricket » IPL 2021 | RCB will run after Mitchell Starc if he is available: Aakash Chopra

IPL 2021 | RCB will run after Mitchell Starc if he is available: Aakash Chopra 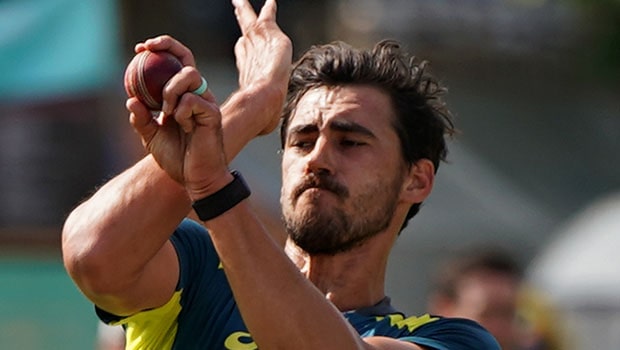 Former India batsman Aakash Chopra believes that Australia pacer Mitchell Starc will be a highly sought-after player in the IPL 2021 auction. According to him, Royal Challengers Bangalore will surely have Starc in their plans and they can end up spending a lot on him.

The franchise released 10 players ahead of the auction scheduled to take place next month and the list includes four overseas players in Aaron Finch, Moeen Ali, Isuru Udana and Chris Morris. They now have a total of 11 slots available and a budget of INR 35.7 crore remaining.

Only Josh Philippe, AB de Villiers, Kane Richardson and Adam Zampa have been retained by RCB and out of them, Chopra considers only de Villiers as a sure-shot starter.

“RCB have 11 total slots vacant, out of which three are overseas slots. So you feel that they have to shop whole-heartedly because they don’t have the overseas options in the playing XI ready. They have AB de Villiers, Joshua Phillipe, Zampa, Kane Richardson and Daniel Sams. But are four out of these five going to play, I doubt it,” said Chopra in a video on his YouTube channel.

“RCB will run after Mitchell Starc if he is available. They have money, so they can run after him. They can go to 15-19 crores also if they wish to do so,” he continued.

The 43-year-old also said that RCB will also look for a top-order batsman now that they have released Aaron Finch and Moeen Ali. As there aren’t that many options available, Chopra reckons RCB could target Jason Roy or Dawid Malan. He also thinks that they will be looking for an all-rounder as well and that’s why they could consider Australia’s Cameron Green.

“I also see them running after Cameron Green because they do not have anyone in their middle order. They will also run after an opener. They have let Finch go, so Roy and David Malan are the only ones left,” Chopra said.

As per reports, the auction is supposed to take place in the third week of February, with the IPL slated in the April-May window.