IPL 2021: Rishabh Pant is very strong in his thoughts and opinions – Ricky Ponting 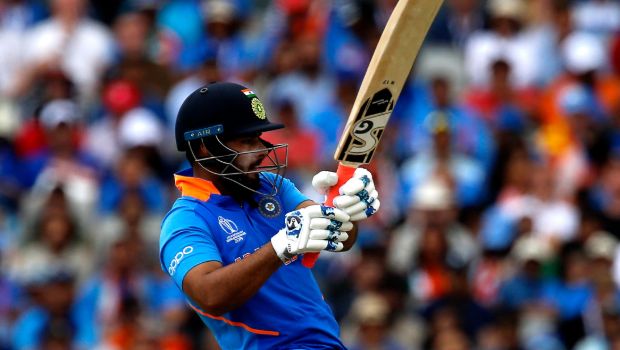 Ponting stated that Pant is very strong in his thoughts and opinions and it will hold him in good stead for the upcoming season of the IPL 2021.

Pant has been appointed the captain of Delhi Capitals in the absence of full-time skipper Shreyas Iyer, who has been ruled out of the entire season due to a shoulder injury. The wicket-keeper batsman has the experience of leading Delhi in the domestic circuit and it will also help him while leading the Capitals.

Furthermore, Pant has experienced Indian players to look up to – Ravichandran Ashwin, Ajinkya Rahane, and Shikhar Dhawan. Moreover, Pant will receive support from Ricky Ponting, who is regarded as one of the best ever captains to have embraced the game and had also led the Capitals to the finals of the previous season.

Ponting said in an interview posted on the Twitter handle of Delhi Capitals, “What I know about Rishabh (Pant) is that he understands the game really well. He is very strong in his own thoughts and opinions. That will hold him in great stead as far as captaincy is concerned.”

Ponting added that it will be crucial to not put a lot of responsibilities on Pant’s shoulders and the senior players, as well as the coaches, will need to support him once the match starts.

“I think if we can get most of the talking done with Rishabh (Pant) about his captaincy leading into the first game, we don’t have to worry about it as the tournament starts. The last thing you want is to be overloading the captain with all sorts of information once the tournament is underway. It’s a big part of my job. It’s a big part of the other coaches’ jobs but also the senior players. It’s a big role for them as well to help him when needed once the game starts. He is going to need a little bit of support,” Ponting further said in the interview.

Ponting added that Rishabh Pant’s game over the last few months has been breathtaking. Pant has delivered the goods for the national team and he must have grown in confidence. The same confidence can help him in leading Delhi Capitals from the front. Pant has played some unbelievable knocks in the last six months and he will aim to continue the good show.

Pant will aim to make the most of every player’s skills and it will be interesting to know his on-field tactics. Delhi Capitals will begin their IPL 2021 journey against three-time champions Chennai Super Kings at the Wankhede Stadium, Mumbai on 10th April.