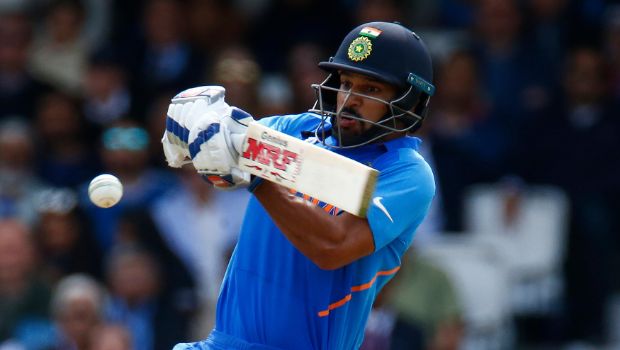 Delhi Capitals skipper Rishabh Pant has praised the opening pair of Shikhar Dhawan and Prithvi Shaw after the win against Punjab Kings.

Delhi was given another good start by its openers as they added 63 runs in the powerplay overs in the run-chase of 167 runs and played a key role in taking their team over the line by seven wickets at the Narendra Modi Stadium, Ahmedabad on Sunday.

Both Dhawan and Shaw have been consistent for DC and have provided rollicking starts to their team. Shaw has mostly taken the role of the aggressor whereas Dhawan has also scored his runs at an impressive strike rate. The right and left hand batting combination have played fearless shots all over the ground and it hasn’t been easy for the opposition to keep them on a leash.

Shaw scored a quickfire knock of 39 runs off just 22 balls with the help of three fours and as many sixes to give another good start to his team. The right-hander has been hitting the ground running with his impressive strokeplay whereas Dhawan is also doing a fine job.

Dhawan is currently the Orange Cap holder with 380 runs in eight matches which he has scored with an impressive average of 54.29 and a strike rate of 134.28. On the other hand, Shaw has scored 308 runs in eight matches at an average of 38.50 and a blistering strike rate of 166.49. Thus, both of them have been instrumental in the success of Delhi Capitals and they have done the bulk of the scoring for the team.

Rishabh Pant said in the post-match presentation, “Shikhar and Prithvi gave us a very good start. In the first innings, the ball was gripping and even in the second innings, it was slow but the way they started was commendable. It feels so good when you have a great start in every match. Most of the things are sorted but we need to try a few things for the Kolkata leg. The competition is very good, we have a gun pace bowling attack and it’s difficult to make everyone play. I am enjoying captaincy, learning each and every day. Everyone is helping me”.

Delhi Capitals also took the pole position after their sixth win of the season. DC has a potent team and they have played at the top of their game. The Rishabh Pant-led team will next face Kolkata Knight Riders on 8th May at the same venue of Narendra Modi Stadium, Ahmedabad.