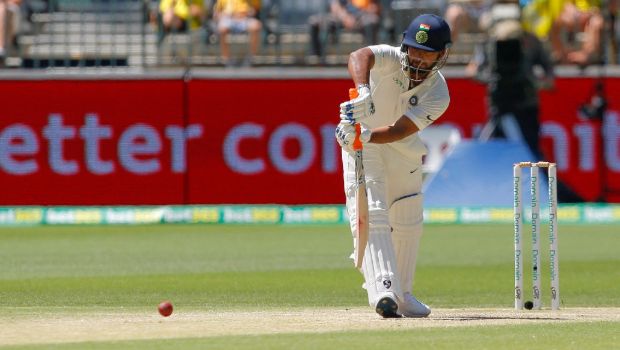 Delhi Capitals have appointed Rishabh Pant as their skipper for the upcoming season of IPL 2021. Capitals’ made the appointment after Shreyas Iyer has been ruled out of the entire season due to a shoulder injury.

Iyer subluxated his left shoulder while putting in a dive to stop a boundary in the first ODI against England and he will undergo surgery.

Meanwhile, Rishabh Pant has been in sublime form in the last six months and he will aim to deliver the goods for the Capitals. The 23-year-old wicket-keeper batsman has the experience of leading Delhi in the domestic circuit and he will look to make the most of it.

“Delhi is where I grew up, and where my IPL journey began six years ago. To lead this team one day is a dream I’ve always harboured,” Pant said. “And today, as that dream comes true, I feel humbled. I am truly grateful, especially to our team owners, who considered me capable enough for this role. With an amazing coaching staff, and a plethora of accomplished seniors around me, I can’t wait to give my absolute best for Delhi Capitals.”

Pant had finished as India’s highest run-getter in the four-match Test series against Australia. The left-hander scored 274 runs in the three matches he played, which included two high-class knocks of 97 and 89 at Sydney and Brisbane respectively.

The southpaw continued his form against England, scoring 270 runs in the four-match Test series. The attacking batsman scored a counter-attacking knock of 101 runs in the fourth match. Pant scored 102 runs in four T20I innings and then scored 155 runs in two ODIs.

“The previous two seasons under Shreyas’ leadership have been incredible, and the results speak for themselves. This is a tremendous opportunity for young Rishabh, who is coming off successful stints against Australia and England which will no doubt give him the confidence needed to take on a new role that comes with a lot more responsibility. The coaching group is excited to work with him, and we can’t wait for the season to get started,” DC head coach Ricky Ponting said.

On the other hand, Shreyas Iyer believes Rishabh Pant will be the best man for the captaincy role. DC also had options like Ajinkya Rahane, Ravichandran Ashwin, Shikhar Dhawan, and Steve Smith for the captain’s role.

“When I sustained the shoulder injury, and Delhi Capitals needed a leader for this edition of the IPL, I had no doubt that Rishabh would be the best man for the job,” Iyer said. “He has all my good wishes to make amazing things happen with our absolutely incredible team. I’m going to miss the team tremendously, and will be cheering for them throughout.”

Delhi will kickstart their IPL 2021 campaign against Chennai Super Kings at the Wankhede Stadium, Mumbai on 10th April.