Home » Cricket » IPL 2021: Rishabh Pant wants to get the better of MS Dhoni with his own methods

IPL 2021: Rishabh Pant wants to get the better of MS Dhoni with his own methods 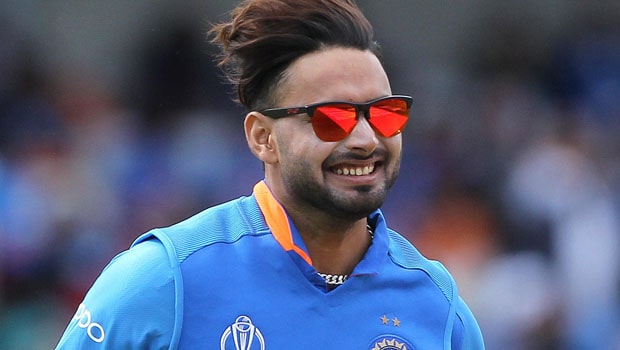 IPL 2021 will be a special adventure for Rishabh Pant. The 23-year-old has been in the form of his life in the buildup to the IPL. He has also been handed the captaincy of Delhi Capitals following a serious injury to regular captain Shreyas Iyer.

Pant’s first assignment, coincidentally will be against one of the most successful captains in the history of cricket and someone who defined the wicket-keeper batsman role for the current generation, MS Dhoni. Rishabh Pant sounded excited while talking about the challenge and suggested that he will apply everything he has learnt from the great man in the match.

“My first match as captain will be against Mahi Bhai. It will be a good experience for me as I have learned a lot from him. I have my own experience as a player as well. I’ll apply my own experience and the learnings from MS Dhoni, and try to do something different against CSK, Pant was quoted as saying in a DC media release.

Pant did not forget to express his gratitude and appreciation to the team management and the coaches who have continuously backed his abilities and have now given him the reins to the squad. The batsman from Delhi believes the team has all the resources to win their maiden IPL and that he’d give his best effort to try and take them all the way.

“I would like to thank all the coaches and the owners for giving me this opportunity and I am looking forward to making most of this opportunity. We haven’t won a title yet and I will try my level best to get a title this year.

“We’ve been playing nicely as a team for last two-three years and our preparations are going on well. Everyone looks in a great frame of mind. Everyone is giving their 100 percent and is happy in the team environment, and that’s what you want as a captain,” Rishabh exclaimed.

Talking about his experience while working with head coach Ricky Ponting, Pant had nothing but plenty of praise for the former Australian captain. Having been appointed head coach of the side in 2018, Delhi Capitals reached the last four stages of the tournament in 2019 and played their maiden IPL final last season in the UAE.

“He [Ricky] has been so amazing for us in the last two-three years. He brings energy to the team and as a player when you see your coach and you’re thinking this is the man from whom you can learn a lot, then nothing is better than that. Hopefully, we will cross the line this year, with the help of Ricky and the whole team,” Pant signed off.