IPL 2021 | Rishabh Pant will be the key for Delhi Capitals: Parthiv Patel 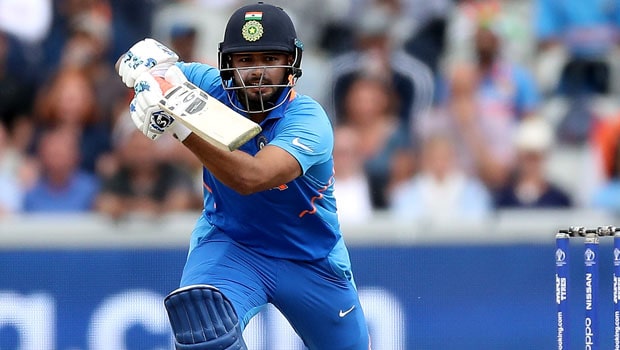 Since the turn of the year, Rishabh Pant’s stars have seen an incredible rise. Mastermind of the Gabba heist that secured India a second successful Border-Gavaskar Trophy during the tour of Australia, Pant has been on a joy ride.

After scripting that historic victory in Australia, he reproduced that form during the multi-format series against England and even scored a century in a Test match. He finished as the third highest run-getter during the Test series and the fourth highest scorer during the ODI series. Despite featuring in just two ODIs against England, the 23-year-old scored 155 runs at an incredible average of 77.50.

As all eyes shift towards cricket’s blockbuster event, Rishabh Pant has also been announced as the candidate to lead Delhi Capitals. Though the announcement came under unfortunate circumstances owing to Shreyas Iyer’s injury, Pant will try to make the most of this opportunity nonetheless.

Seeing his form and inimitable confidence, former Indian wicket-keeper Parthiv Patel believes that Rishabh Pant will be the X-factor for Delhi Capitals in the Indian Premier League this season.

“I think Rishabh Pant. Because if he wasn’t in his best of form last season, this year the way he has batted for India, I think he carries a lot of confidence with him and that’s what you want when you are playing a T20 game. You don’t want any doubts in your mind and especially if you’re a player like Rishabh Pant,” Parthiv said while speaking on Star Sports’ show Game Plan.

Since MS Dhoni’s departure from the side, Team India has trusted the young Pant to fill in the shoes of the legendary former captain. Though the journey has been topsy-turvy so far, the team’s backing of Pant is finally starting to pay off. Parthiv Patel believes that the wicket-keeper batsman from Delhi can eclipse the heights set by MS Dhoni if he continues to play his natural game with confidence.

“He was burdened with the comparison of MS Dhoni and he also tried to do that, but he himself is a brilliant player. He doesn’t have to worry about being like MS Dhoni. He can be better than MS Dhoni or he can win matches on his own every given time. So, I think Rishabh Pant will be probably held the key for Delhi Capitals,” he added.