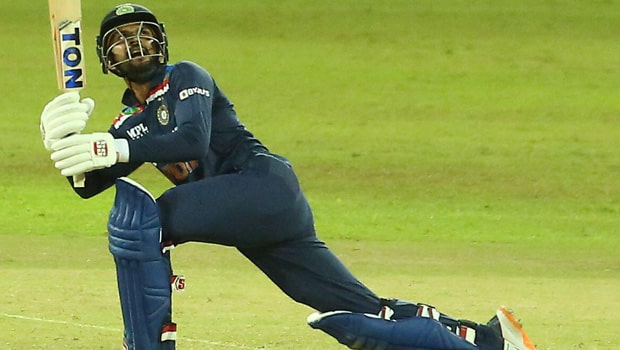 IPL 2021 has been a breakthrough season for Ruturaj Gaikwad who has become an absolute pillar in the CSK side. The opening batter has scored 603 reasons this season, becoming only the third player in the history of Chennai Super Kings to do so. Gaikwad has also batted at an average of 46.38 and has a strike rate of 137.35.

Against Delhi Capitals in the Qualifier 1, Gaikwad notched up his sixth half-century this season! He smacked 70 off just 50 deliveries and almost took his side home. His innings included five boundaries and two sixes.

In the post-match presentation ceremony, the 24-year-old talked about the manner in which he plans his innings. “I plan for 2-3 overs, think of who is likely to bowl and who I can target, big-short boundary, who I can target better. You have to be crystal clear, go through the process, take one over at a time and ensure that the required rate doesn’t go up too much and take it deep.

“It’s just normal. Just go through normal routines whatever you have been following throughout the tournament and just try and stay neutral. Each and every game you start from 0, so it’s important to start again and start fresh and be up for a challenge whatever it is,” said the Pune-born cricketer.

Ruturaj Gaikwad added 110 runs for the second wicket alongside Robin Uthappa. Although he managed to take the game deep, Gaikwad got dismissed in the 19th over. That is when his captain MS Dhoni stepped up and sealed yet another final appearance for Chennai Super Kings.

Ruturaj said that having MS Dhoni so close to him has always been a very positive factor. The legendary captain advises him to learn something from each and every match. “Every time, Dhoni tries to encourage me and start afresh every game. Learn from every game and move forward. He said to try and finish the game. It is what separates good players from normal players. I am just looking to learn as much as possible till he is here and stay humble,” Ruturaj Gaikwad added.

MS Dhoni heaped praise on Gaikwad who was adjudged to be the Player of the Match in the post-match presentation ceremony. “Whenever Ruturaj and I have a chat, it’s a simple chat. Want to know what he was thinking. It’s good to see how well he has improved. He is someone willing to bat 20 overs,” Dhoni signed off.