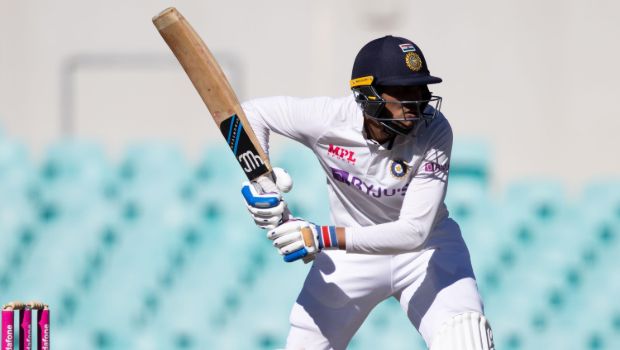 Nitish Rana and Shubman Gill haven’t been able to provide consistent starts to their team in the last few matches and Gavaskar feels KKR should change their opening pair.

Nitish Rana had a good first couple of matches for KKR but he has veered off the track. Rana was dismissed for a blob against Punjab Kings at the Narendra Modi Stadium Ahmedabad on Monday. On the other hand, Shubman Gill has struggled to get going. The talented batsman was plumbed LBW by Mohammed Shami while trying to play across the line.

Gill has thus far scored 89 runs in the six matches he has played and has gone past the 20-run mark on two occasions. Consequently, Gavaskar believes it would make sense if KKR promotes Rahul Tripathi, who is batting at number three, to the opening slot.

Tripathi has been in good form as he has scored 168 runs in six matches at an average of 28 and an impressive strike rate of 138.84. Furthermore, Tripathi has the experience of opening the innings for his previous teams – Rising Pune Supergiant and Rajasthan Royals. Sunil Narine can also be given the license to go all guns blazing while opening the innings and make the most of the powerplay conditions.

Furthermore, Nitish Rana has done a good job for KKR while batting at number three. Thus, if KKR follows Gavaskar’s advice, Gill’s place will come under the scanner.

“Nitish Rana, in the years that he has been very successful for KKR, he has been batting at No.3. So, if Rahul Tripathi can open the batting, which he used to do earlier on for the other franchises, maybe that’s the way to go for him,” Gavaskar told Star Sports.

Meanwhile, KKR’s bowlers were right on the money against PBKS as they restricted the opposition to a paltry score of 123 runs. Eoin Morgan also scored 47 runs and got back to form and it was a major positive for the two-time champions.

KKR will next face DC at the same venue on 29th April.