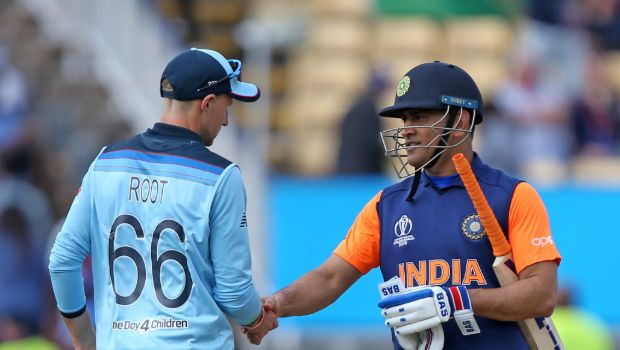 Chennai Super Kings registered their fifth win of the season as they defeated Sunrisers Hyderabad comprehensively by seven wickets at the Arun Jaitley Stadium, Delhi on Wednesday.

CSK are now once again at the top of the points table with 10 points under their belt.

Meanwhile, CSK couldn’t qualify for the playoff stages in the previous season and it was the first time in the franchise’s history that they had failed to make it to the last four. Dhoni believes the players were not playing regularly due to Covid-19 and it led to the downfall of his team. However, he feels that the players have taken more responsibility this season.

Interestingly, Dhoni had earlier revealed that the team is not doing a lot of things differently as compared to the previous season.

CSK have come up with a collective effort and players like Ruturaj Gaikwad, Faf du Plessis, Sam Curran, Deepak Chahar and Ravindra Jadeja have delivered the goods for the team.

Meanwhile, Gaikwad and Faf added a fine alliance of 129 runs while chasing 172 runs against Sunrisers Hyderabad on Wednesday. The Chennai openers have been giving a solid start to their team in the last couple of matches.

MS Dhoni said in the post-match presentation, “Whenever you start the tournament, you may or may not face issues in playing XI. The earlier you settle the better. Another factor was 5-6 months we were out of cricket. Nothing was allowed. It’s not that you could go on your own and practice. That also makes it difficult. Change of quarantine was slightly longer. Lot of factors. Overall if I have to sum it up, the players have taken more responsibility this year. You will be facing adverse things but ultimately it boils down to how each individual rises to the occasion and gives the extra 10 percent for the team”.

Dhoni added, “Last 8-10 years we’ve not changed a lot of players so they know our approach. Also we appreciate the players not playing a lot. Only way you can put it forward is having those nice interactions. Just try to have the frame of mind where if you get the opportunity you’ll be ready. Keeping the dressing room atmosphere healthy is important. It’s not an easy thing. When you’re at the top level you want to play. Have to give extra credit to the players who’ve not played so far”.

Chennai will look to continue the good show and MS is once again leading from the front. The MS Dhoni-led team will next face Mumbai Indians on 1st May at the same venue in Delhi.