Home » Cricket » IPL 2021: The rapid pace of Anrich Nortje shines on his return to IPL

IPL 2021: The rapid pace of Anrich Nortje shines on his return to IPL 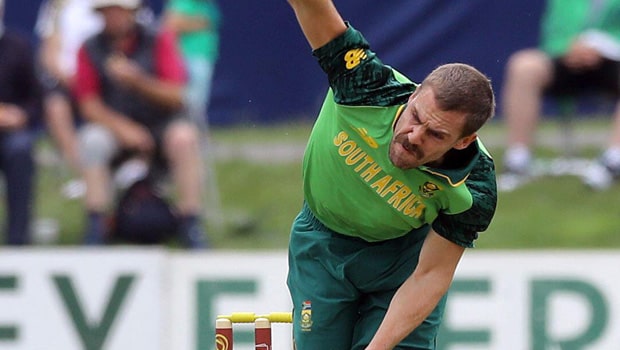 It didn’t take long for gun bowler Anrich Nortje to show exactly what the league missed when he took the ball in his hand in the first over, dashed forward during his run-up and launched 150 kmph fireballs for fun. Former SRH captain and one of the highest scorers in IPL history David Warner seemed like a deer caught in headlights and he had to depart after just three deliveries for a duck. Nortje’s early spell set the aggressive tone for Delhi Capitals in the match and he was also awarded the Player of the Match award.

Such was his outing with the ball in hand that Anrich Nortje racked up the seven fastest deliveries in IPL 2021 in his first 12 balls! He was instrumental in surprising the SRH batsmen during the bowling Powerplay while sharing the new ball with Avesh Khan.

“Missing out in the first half was disappointing. It was good to have a good start to the tournament for me. Looking at the first game here, it was good to see some grass and then yesterday’s big score – didn’t know what to expect. It was good to keep things simple in the end,” said Nortje in the post-match presentation ceremony where he also picked up the Player of the Match award.

In the end, Delhi Capitals cruised to a comfortable victory in their very first match in the second leg of IPL 2021 in UAE. Although Prithvi Shaw departed early, Shikhar Dhawan took charge of the game and played a classy knock. Following his dismissal, former captain Shreyas Iyer and current captain Rishabh Pant ensured that there were no further casualties along the way to victory.

Anrich Nortje getting rid of David Warner in the early quarters of the game proved to be a telling sign as SRH never completely recovered from it and failed to mount any significant resistance. His 147 kmph delivery got a leading edge from the Australian batsman and Axar Patel took an easy catch to get rid of him. Nortje completed with a spell of 2/12 from his four overs and also picked up the wicket of Kedar Jadhav later on.

“I was really happy that I managed to take that early wicket (of Warner). I don’t really focus on who I’m getting out, but I’m happy I contributed to the team’s win,” said the Proteas pace bowler.