Home » Cricket » IPL 2021: The shot over midwicket off Kagiso Rabada was my favourite – AB de Villiers

IPL 2021: The shot over midwicket off Kagiso Rabada was my favourite – AB de Villiers 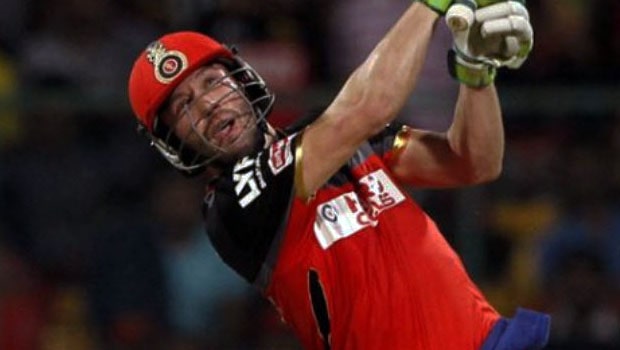 Royal Challengers Bangalore talisman batsman AB de Villiers continues to amaze us with his brilliant strokeplay. AB, 37, has time and again proved why he is one of the best players of this generation. The Proteas star was once again at his absolute best against Delhi Capitals at the Narendra Modi Stadium, Ahmedabad on Tuesday.

The right-hander scored a blistering knock of 75 runs off just 42 balls with the help of three fours and five sixes at a whirlwind strike rate of 178.57. It wasn’t the easiest of pitches and RCB were struggling a bit at 60-3 after 8.3 overs.

However, AB was able to turn the tables for RCB once again and helped his team in posting a par score of 171 runs, which proved to be just enough as Delhi Capitals couldn’t cross the line by one run.

Meanwhile, AB de Villiers was up against his former South African teammate Kagiso Rabada and he was able to pull him for a massive six over the cow corner region. AB mentioned it is not often that he gets the better of Rabada and that shot was his favourite of his innings.

AB de Villiers added that he, Virat Kohli and Glenn Maxwell are trying to guide the RCB youngsters on the right path. AB feels it is crucial to be fresh for every game and he works hard on his fitness to get the desired results.

AB de Villiers said in the post-match presentation, “The shot over extra cover was certainly one of the best shots, but the one over midwicket off KG was my best one. I don’t often get him away, but I’m happy I managed to get him away for that one. It’s important to be fresh for every game. I worked out at home and during the quarantine in the hotel room, and now it’s just about managing ourselves throughout the tournament and being fresh when we go out there to play. We have some experienced heads and some young Indian bowlers who have done well internationally recently. They come in with a lot of confidence. Myself, Virat and Maxi chip in with some help when we can too. I forced myself to say a bit more behind the stumps, thanks to Yuzi who urged me to do it”.

On the other hand, AB de Villiers also became the sixth batsman to score 5000 runs and the second overseas player to get to the milestone. Interestingly, AB became the first player to score 5000 IPL runs with a strike rate of more than 150.

RCB will next face Punjab Kings at the same venue on 30th April.