Home » Cricket » IPL 2021: Wasn’t expecting him to be that far – Hardik Pandya on David Warner’s run-out

IPL 2021: Wasn’t expecting him to be that far – Hardik Pandya on David Warner’s run-out 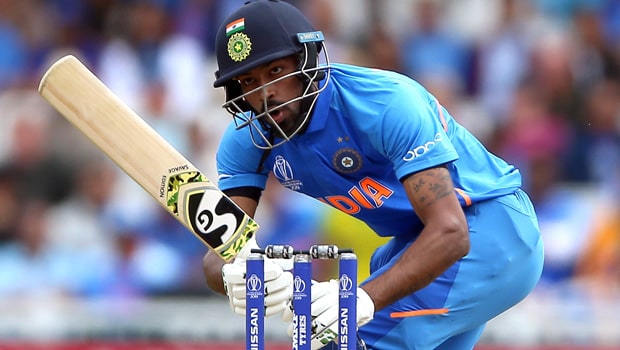 Mumbai Indians’ all-rounder Hardik Pandya didn’t have a great match with the bat against Sunrisers Hyderabad as he could only score seven runs. Pandya hasn’t bowled in the tournament thus far and earlier Mumbai Indians director of cricket Zaheer Khan had revealed that Pandya isn’t bowling as a part of workload management.

However, Pandya was able to make a contribution in the field as he affected two run-outs and played a key role in his team’s 13-run win over Sunrisers Hyderabad at the MA Chidambaram Stadium, Chennai on Saturday.

Pandya was able to hit the bullseye from the backward point position despite having only a stump to aim at. He covered 15 meters to get to the ball and SRH skipper David Warner was well short of his ground.

It was a big wicket for MI as Warner was well settled and SRH were cruising to the target of 151 as they were 90-2. However, Warner’s run-out was the turning point of the match.

Pandya grabbed another opportunity when he affected the run-out of Abdul Samad as hit the stumps from the cover region. Once again, Pandya had only one stump to aim at and he was right on the money.

Pandya stated that he doesn’t practice a lot in fielding sessions and follows the basics during the match. The all-rounder revealed he wasn’t expecting Warner to be well short of the crease. The all-rounder from Baroda also heaped praise on the bowling unit which was able to defend the target of 151 runs.

Pandya said in the post-match presentation, “I just make sure that the ball is in my hand and then target the stumps. To be honest, the run-out of Warner, I wasn’t expecting him to be that far, I just wanted to take aim and hit, and only then I realized that he was well short. We have a lot of character as a team, they got to a great start, but our bowlers pulled them back nicely, bowled good line and lengths, made sure that the pressure was built. Rahul Chahar, Krunal and all the others – we bowled as a unit, held the nerves, and used all the opportunities that came our way”.

MI will play their next match against Delhi Capitals at the MA Chidambaram Stadium, Chennai on 20th April.