Home » Cricket » IPL 2021: We are going to win the title this year – RCB’s Daniel Christain

IPL 2021: We are going to win the title this year – RCB’s Daniel Christain 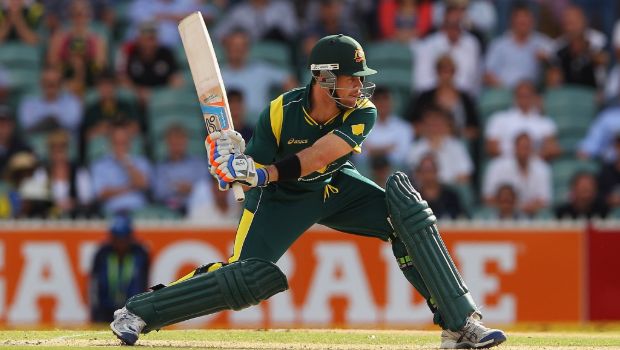 Royal Challengers Bangalore’s new recruit Daniel Christain has expressed confidence that his team will lift its maiden IPL title in the upcoming season.

Christain was roped in by RCB in IPL 2021 auction for INR 4.8 crores after a bidding war with Kolkata Knight Riders.

Daniel Christain has a penchant for winning T20 trophies around the world and he has won nine T20I crowns in his career. The Australian all-rounder recently won the BBL 2020-21 season with Sydney Sixers and played a key role in the success of the team.

The right-hander scored 272 runs in 14 innings at an average of 34 and a whirlwind strike rate of 182.55 for the Sixers. Furthermore, the right-arm medium-fast scalped 15 wickets in 16 matches at an average of 26.53. Thus, the all-rounder came up with a scintillating performance for Sydney Sixers.

Christain will aim to continue the same form for Royal Challengers Bangalore and he will aim to add value to the team. The Aussie added that it will be an honour for him to bat alongside Virat Kohli and AB de Villiers, who are the two best batsmen in the world. Moreover, RCB spent a hefty amount of INR 14.25 crores on Australian all-rounder Glenn Maxwell in IPL 2021 auction.

“We’re going to win it this year; as a team, we are probably due to winning one, and hopefully, I can help to get over the line. It will be brilliant to bat with Virat Kohli and AB de Villiers on the other end, throw Glenn Maxwell in there as well, a good mate of mine from home in Australia; we have played good cricket together. To be playing or just be sharing the dressing room with those guys will be fantastic, and I’m really looking forward to it, and hopefully, we go really well as a team,” the all-rounder said on an Instagram live session.

Meanwhile, Royal Challengers Bangalore is yet to savour success in the IPL folklore despite making the finals on three occasions. RCB had qualified for the playoff stages in the previous season but their journey had ended when they lost to Sunrisers Hyderabad in the first Eliminator.

Christain added that as an all-rounder one has to keep trying to improve himself. The Australian revealed that he has worked hard on his hitting and the results have been fruitful in the recent past.

“As an all-rounder, you’ve got to practice everything, worked a lot on my starts and my innings, knocking balls all around and making sure I’m getting off-strike when I’m starting. Also, practiced a bit of my death hitting both the fast bowlers and also hitting some spinners as well. From my bowling perspective, I’m trying to hit that good length as often as I possibly can and then use my different variations, and obviously practicing my yorkers as well,” Christian added.