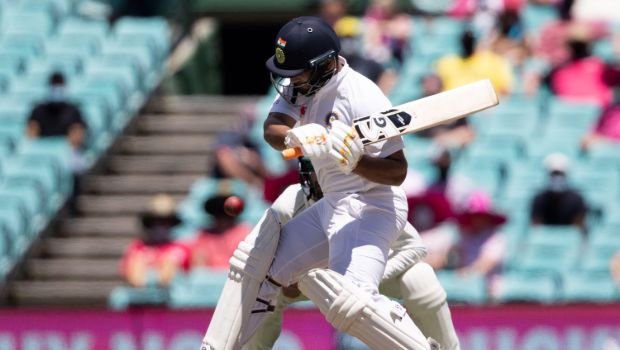 Delhi Capitals’ newly appointed captain Rishabh Pant feels the team could have bowled a bit better after his team lost against Rajasthan Royals at the Wankhede Stadium, Mumbai on Thursday by three wickets.

The Capitals had their noses in front against RR as the Sanju Samson-led team was 105-7 after 16 overs while chasing 148 and David Miller was also back in the dugout.

Chris Morris was the solitary hope for RR but even he hadn’t hit the top gear till then. However, Morris soon found his mojo back as took 15 runs off the penultimate over bowled by pack leader Kagiso Rabada and smashed 14 runs in the final over which was bowled by Tom Curran.

In fact, Rishabh Pant’s captaincy also came under the scanner as he didn’t complete Ravichandran Ashwin’s quota of four overs. Ashwin had bowled a tight spell of 3-0-14-0 but Pant didn’t give him his final over.

Rishabh Pant feels the bowlers did a fine job in the first half as they reduced the opposition to 42-5 but the bowling battery veered off the track in the second half of the run-chase. David Millier played a fine knock of 62 runs from 43 balls whereas Chris Morris added the finishing touches as he smashed 18-ball 36 to get his team over the line.

Rishabh Pant said in the post-match presentation, “The bowlers did a good job at the start, but we let them get over us in the end. We could have bowled a bit better. It’s part and parcel of the game and dew played a big role in the end. We were 15-20 runs short. But at least there is something to gain from this match, the bowlers did a great job at the start. Hopefully, if something like this happens we can pull it off. In the second innings, there was much more dew, so the slower ball wasn’t stopping. So we had to something in the second innings”.

There is no doubt that the Delhi Capitals have one of the best bowling units in the IPL but they lacked execution in the fag end of the innings. Kagiso Rabada played his first match of the season and he was brilliant in the first three overs he bowled but the DC’s pack leader conceded 15 runs off his final over, which turned the match on its head.

DC will play their next match against Punjab Kings at the same venue of Wankhede Stadium on 18th April.