Home » Cricket » IPL 2021: We lost too many wickets in the middle overs – Sanju Samson

IPL 2021: We lost too many wickets in the middle overs – Sanju Samson 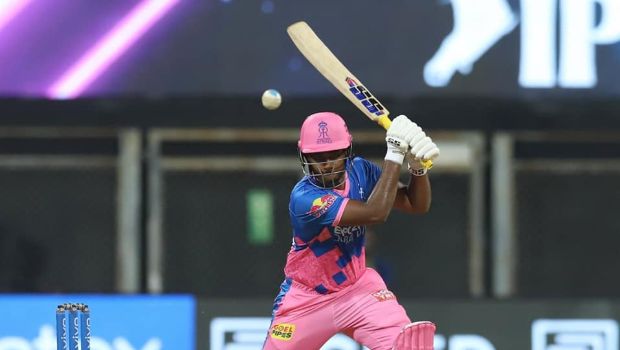 Rajasthan Royals skipper Sanju Samson believes the target of 189 runs against Chennai Super Kings was chaseable at the Wankhede Stadium, Mumbai but his team lost too many wickets in the middle overs.

Royals were going strong in the run-chase as they were 87-2 but lost five wickets for only eight runs to crumble like a pack of cards.

It was the turning point of the game as CSK spinners – Ravindra Jadeja and Moeen Ali wreaked havoc. Jadeja accounted for a well-settled Jos Buttler with a peach of a delivery and from there on it was all downward for the Royals as they lost wickets in a cluster.

Wankhede’s pitch has been full of runs in the ongoing season, except a couple of matches and the Royals will be disappointed with their batting effort. The team is heavily reliant on Sanju Samson, Jos Buttler, and David Miller but barring Buttler, no batsman was able to get going for the Royals as they were restricted to 143-9 in their 20 overs and suffered a huge loss of 45 runs.

Sanju Samson said in the post-match presentation, “I thought it was a good score to chase down but we lost too many wickets in the middle overs. Our bowlers bowled really well, they batted too deep. 10-15 runs extra we gave down the line. We never expected that (turn), the dew didn’t come and the ball was still turning, so it was a bit shocking to see. It’s very important to maintain a good composure, this format demands us to score at a higher risk rate; hence, it’s very normal to get out often. I keep working on the basics and giving myself some time at the center. He’s (Chetan Sakariya) been doing really well, we lost the match but there are a lot of positives”.

The Royals are dearly missing the services of their key players like Ben Stokes and Jofra Archer. The Sanju Samson-led team has played three matches out of which they have lost two and they will aim to come up with a better performance in the coming matches.

The players like Manan Vohra, Riyan Parag, Rahul Tewatia, and Shivam Dube have failed to grab their opportunities and RR will want more from these batsmen. RR will play their next match against Royal Challengers Bangalore at the Wankhede Stadium, Mumbai on April 22.