Home » Cricket » IPL 2021: We should have batted better in the middle overs – Rohit Sharma

IPL 2021: We should have batted better in the middle overs – Rohit Sharma 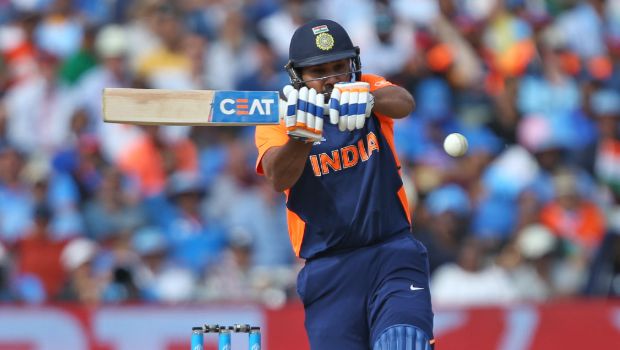 Mumbai Indians captain Rohit Sharma believes his team should have batted better in the middle overs against Delhi Capitals at the MA Chidambaram Stadium, Chennai on Tuesday after his team lost by six wickets.

The defending champions had got off to a good start as they scored 55-1 in the powerplay overs but lost their way in the middle overs.

MI kept losing wickets in the middle overs at regular intervals and thus could only post an under-par score of 137 runs after they had decided to bat first. Rohit noted that they haven’t been able to capitalize on the good starts that they are getting and wants the batting unit to come up with a better show.

Rohit Sharma gave a perfect start to his team as he scored 44 from 30 balls. Furthermore, Suryakumar Yadav and Ishan Kishan also got off to starts but failed to convert them into substantial scores.

However, Rohit gave credit to the DC bowlers, who were able to keep the pressure on MI. DC had lost their last five matches against MI but made a roaring comeback in their first match of the season at Chennai. Seasoned spinner Amit Mishra was the pick of the bowlers – picking 4-24 in his quota of four overs. The leg-spinner got the big wickets of Rohit Sharma, Kieron Pollard, Ishan Kishan, and Hardik Pandya to push the opposition on the backfoot.

Rohit Sharma said in the post-match presentation, “After the start we got we should have batted better in the middle overs. It is happening time and again. We aren’t able to capitalize on our starts and we need to understand as a batting unit. But you have to give credit to the Delhi bowlers, they kept it tight and kept taking wickets. We knew dew would come in but we have seen that it’s not all that difficult to grip the ball in the last few games. Dew isn’t the factor, we need to play smart cricket to win games which we didn’t do today”.

Meanwhile, Rohit Sharma didn’t field in the second phase of the bowling innings due to injury as Kieron Pollard led the team in his absence. Rohit added it is only a niggle and he should be fine to play the next match.

Rohit concluded, “It’s only a niggle. It should be fine”.

MI will play their next match against Punjab Kings at the MA Chidambaram Stadium, Chennai on 23rd April.