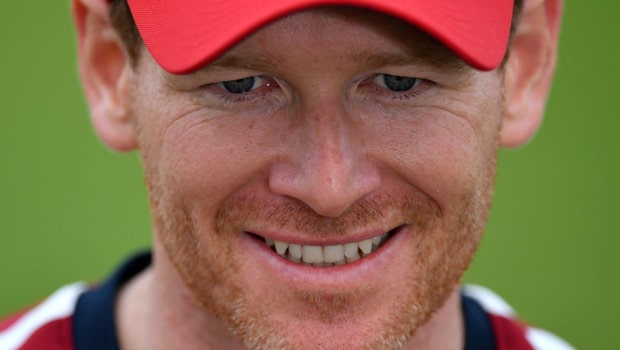 Kolkata Knight Riders skipper Eoin Morgan feels his team was probably 40 runs short of a par score against Rajasthan Royals at the Wankhede Stadium, Mumbai on Saturday. RR skipper Sanju Samson won the toss and decided to bowl first but KKR could only manage 133-9 in their 20 overs.

KKR kept losing wickets at regular intervals and could never get going in their batting innings. In fact, Shubman Gill and Eoin Morgan were run-out as KKR couldn’t get the momentum. The middle-order has failed to fire for KKR in this season and their batting has led to their downfall.

KKR have lost four out of the five matches they have played and are currently at the bottom of the points table. Thus, they will need to turn the tables and it is not going to be easy for Eoin Morgan’s team to bounce back in the tournament.

Morgan believes his team lacked the intent and everytime they are looking to play aggressively, they are losing a wicket. The batters are getting off to starts but they are not able to convert it into substantial scores.

Eoin Morgan said in the post-match presentation, “The batting let us down. We lacked a lot of intent throughout the whole innings. We were behind the game right from the get-go. Didn’t put the bowlers under enough pressure. RR adapted to the pitch much better. We were probably 40 short which is a lot in a T20 game. The wicket today wasn’t as good as it has been here at the Wankhede and that was a challenge in itself. Every time we tried taking an attacking option, we lost a wicket. Left us a lot to do at the back end, which we didn’t obviously do. Clearer the mind, the easier it is (to play with intent). We want guys to play free-flowing cricket. It wasn’t there today unfortunately”.

KKR’s batsmen have failed to execute and they will look to come up with a better batting display. The T20 format is all about momentum and KKR haven’t been able to get any impetus on their side. It will be crucial for KKR to pull up their socks in the batting department as they are not putting enough runs on the board and it has been the same story for them.

KKR will now move to Ahmedabad, where they will face Punjab Kings at the Narendra Modi Stadium on 26th April.