Home » Cricket » IPL 2021: We will probably have to make some changes – Brendon McCullum

IPL 2021: We will probably have to make some changes – Brendon McCullum 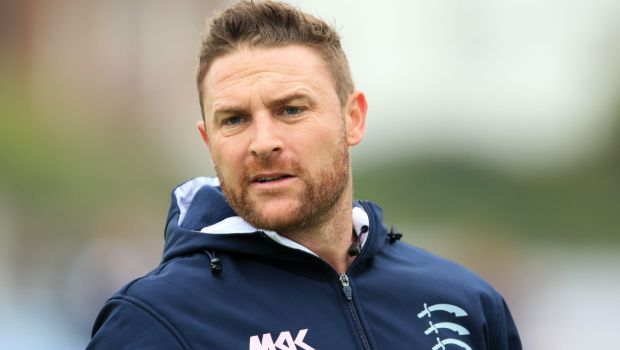 Kolkata Knight Riders head coach Brendon McCullum has hinted that his team will need to make some changes in the coming matches after they lost their fifty match of the season against Delhi Capitals at the Narendra Modi Stadium, Ahmedabad on Thursday.

KKR could only post a par score of 155 runs on the board and McCullum felt the batsmen lacked the intent in their strokeplay.

KKR once again kept losing wickets at regular intervals and couldn’t get going. Shubman Gill, who has had a horrid run so far in the tournament scored 43 runs but took 38 balls. Furthermore, KKR’s middle order once again failed to get going. Eoin Morgan and Sunil Narine were dismissed in the same over and it pegged the team on the backfoot.

McCullum said if you can’t change men, change the men after his team continued their lean patch in the tournament.

“It is very, very disappointing. As a player, you are asked to be given freedom and confidence and loyalty when it comes to selection – to go out there and take the game on and try and be aggressive and to try and make things happen for your team. That’s the style of play that both I and the captain have asked of our players. Unfortunately, we are not quite getting that yet, certainly not in the abundance that we need it. What we saw from Prithvi Shaw was a perfect template of how we want to play.”

“You are not always going to be able to hit every ball for four or six. But we can have the intent to do so, particularly when given a free license. Unfortunately today, we did not play enough shots. That has become sort of a theme. A saying that I have used often is ‘if you can’t change men, change the men’. We’ll probably have to make some changes and bring in some fresh personnel, who will hopefully try and take the game on a little bit more.”

KKR’s batting order has failed to deliver consistently as they haven’t got the momentum on their side. Nitish Rana played a couple of good knocks in the initial matches but veered off the track, Gill has been struggling for form, Morgan has also led the team down wit the team. Rahul Tripathi has been a positive and Andre Russell has done a decent job.

KKR have won only two matches out of the seven they have played and they are in muddle. The Eoin Morgan-led team will next face RCB at the same venue on 3rd May.