Home » Cricket » IPL 2021: Won’t be a new role if I am leading the attack – Chris Morris on Jofra Archer’s absence

IPL 2021: Won’t be a new role if I am leading the attack – Chris Morris on Jofra Archer’s absence 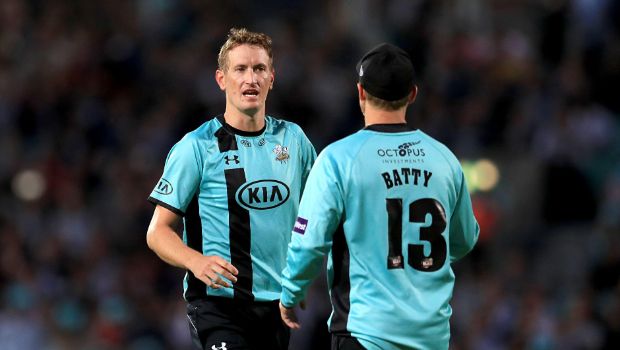 Rajasthan Royals’ new recruit Chris Morris will have big shoes to fill as the franchise’s gun fast bowler Jofra Archer is doubtful for the season. Archer suffered a freak injury as he dropped a fish tank and ended up cutting his hand.

Thus, Archer will undergo surgery and he might not be available to play for Rajasthan Royals.

On the other hand, Chris Morris feels it won’t be a new role for him if he will be leading the attack in Jofra Archer’s absence as he played the same role for other franchises in the past. The Proteas fast bowler feels it won’t be new to him even if he is playing the supporting bowler role.

Morris said at the virtual press conference, “Every single team that I have played in the IPL, my role has been with the new ball and at the death. That doesn’t really change. I have always had fast bowlers in the team, and I’ve been their supporting act.”

Chris Morris added: “It won’t be a new role if I am leading an attack, won’t be new if I am supporting. There is a little bit of responsibility when it comes to leading the attack. But like I said, it wouldn’t be alien to me”.

Meanwhile, Morris became the highest-priced player in IPL history as he was roped in by Rajasthan Royals for a whopping amount of INR 16.25 crores in the IPL 2021 auction. The South African all-rounder admitted that there will be pressure to perform because of the price tag.

“I think it’s natural to have a little bit of pressure when something like that has happened. I’d be lying to you if there wasn’t any pressure. But fortunately enough in the past, I have been coming in with quite a big price tag on my head. At the end of the day, you need to perform, no matter what the price tag is,” the South African player observed.

Morris added that his role will be different from Ben Stokes, who is regarded as one of the best all-rounders in the world. Stokes will bat in the middle order whereas Morris will be expected to add the finishing touches. There will be higher expectations from Morris in the bowling department.

Morris has played 70 IPL matches in which he has scored 551 runs at a blistering strike rate of 157.88 and the fast bowler has taken 80 wickets.