Home » Cricket » IPL 2021: Won’t be long before we see him opening at Test level – Brad Hogg on Ruturaj Gaikwad

IPL 2021: Won’t be long before we see him opening at Test level – Brad Hogg on Ruturaj Gaikwad 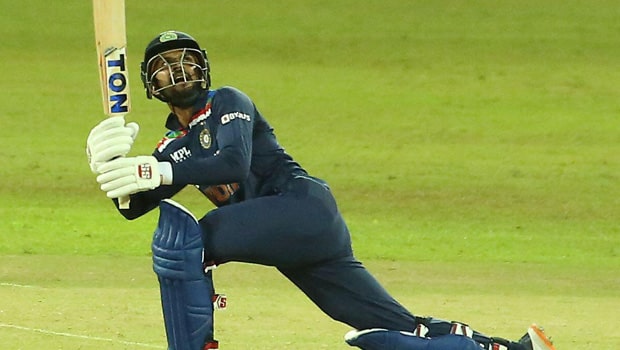 Former Australian spinner Brad Hogg has expressed confidence that we will soon see Ruturaj Gaikwad opening at the Test level. Gaikwad has made an impressive start to his IPL career and he mostly plays conventional shots to get his runs. The right-hander is a pure timer of the ball and he has shown good technique as well as skills.

Gaikwad is known to time the ball to perfection and certainly, he has got a bright future ahead of him. The right-hander from Maharashtra has scored 603 runs in 15 matches in the ongoing IPL 2021 at an impressive average of 46.38 and a strike rate of 137.35.

Gaikwad has certainly shown the right temperament in the T20 format and there is no doubt that he can do well in the Test format.

“Gaikwad is really rising in stature. It won’t be too long before, I think, we will see him opening at the Test level. I think he has got the technique for it.”

Meanwhile, Chennai Super Kings and Kolkata Knight Riders will take on each other in IPL 2021 final. Both the team’s openers are in sublime form and they are going to hold the key. Hogg believes it will be the battle of openers between the two teams. Gaikwad and Faf du Plessis have scored more than 500 runs each for CSK whereas Gill and Venkatesh Iyer have also delivered for KKR.

“It’s going to be a battle between the openers. Gaikwad and Faf du Plessis have been carrying CSK throughout this whole tournament. For KKR, Gill and Venkatesh Iyer have been awesome. Venkatesh Iyer has crept up the ladder of leading run-getters and he has only played in the UAE. He has been the big find of the tournament and has turned it around for KKR. Whoever dominates the powerplay between these two teams will end up winning the game for their team.”

KKR and CSK will take on each other in IPL 2021 final on Friday.