IPL 2021: You can never count out CSK and MS Dhoni – Parthiv Patel 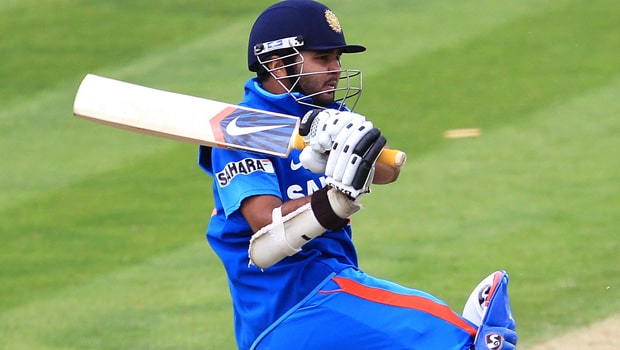 Former Indian wicket-keeper batsman Parthiv Patel believes one can never rule out Chennai Super Kings and MS Dhoni. The previous season was the first time when CSK had failed to qualify for the playoff stages as they finished at the seventh position in the points table. However, there is no doubt that the MS Dhoni-led team has the skills to turn the tables in the forthcoming season.

The captaincy plays a key role in the shortest format of the game and MS Dhoni is known to think on his feet. Dhoni is a smart captain and knows how to get the best out of his players. The former Indian skipper has led CSK to three titles and the franchise is one of the most consistent teams in the IPL.

CSK had a disappointing season in IPL 2020 as their batsmen could not deliver the goods. However, CSK will aim to bounce back stronger and MS Dhoni knows how to do it.

“CSK is a team you cannot count out and even above that is the team’s captain MS Dhoni, you can never count him out as well. T20 is a format where the captain plays a huge role because you have to take decisions on the spot,” said Patel while talking to Star Sports.

Dhoni is known to keep his cool in pressure situations and he is always two steps ahead of the opposition. The CSK skipper has an immaculate record in the IPL and he will aim to take his team to glory in IPL 2021.

“However much planning you might do but if a batsman comes and scores 30 runs off two overs, all your planning fails. MS Dhoni’s specialty is to take correct decisions in such situations,” added Patel.

Meanwhile, CSK made a roaring comeback in IPL 2018 as MS Dhoni took the team to the title after the team came back from a two-year ban. Furthermore, CSK finished as runners-up in IPL 2019 as they lost to Mumbai Indians in the final by one run.

“If we talk about their comeback after two years, they won the IPL that year and after that almost won, lost on the last ball and then also people were questioning the team, that it is a Dad’s Army and all. But the way he manages the team and the way he performs, the campaign may not have been good last year but they have been playing for thirteen years and sometimes or the other an odd year can happen like that,” said Patel.

Chennai will begin their IPL 2021 campaign against previous season runners-up Delhi Capitals at the Wankhede Stadium on 10th April.