Home » Cricket » IPL 2021 | You don’t have to think much when MS Dhoni is around: Ruturaj Gaikwad

IPL 2021 | You don’t have to think much when MS Dhoni is around: Ruturaj Gaikwad 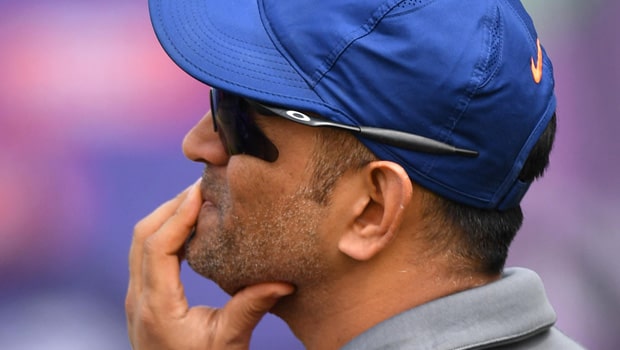 Ruturaj Gaikwad’s introduction to the second leg of IPL 2021 couldn’t have been more bitter. He got peppered by short balls from Adam Milne and Trent Boult kept asking him several questions. To add insult to injury, Gaikwad had to witness nearly half his side get dismissed for just 24 runs inside the Powerplay. Experienced batsmen like Faf du Plessis, Suresh Raina, and MS Dhoni entered the fray and departed almost as quickly.

However, the 24-year-old displayed immense composure and patience and continued to bide his time. He held on to his wicket and along with Ravindra Jadeja, tried to build a solid partnership during the middle overs. Gaikwad then launched a counter-attack on the Mumbai Indians bowlers and reached his highest T20 score of 88 not out off just 56 deliveries. In the process, he helped Chennai Super Kings reach a respectable total of 156 which they ended up defending with ease.

Receiving the Man of the Match, Gaikwad said that this was one of his best innings. He also credited his skipper MS Dhoni and the Chennai Super Kings team management for keeping a positive atmosphere in the dressing room which helped him on the night.

“Obviously one of my top innings till now. With the pressure of early wickets and with the seniors in the dressing room, I just had to grind and get the team to 130, 140, and then 150 was possible. When Mahi bhai is around and with the CSK management, once they back you, they don’t make you think anything but positive things.”

Ruturaj Gaikwad was also part of the Indian side that recently toured Sri Lanka for a white ball series while the senior side was busy in England. Gaikwad said that the tour helped him and that conditions in Sri Lanka prepared him to take on the seaming and swinging ball, as was the case at the Dubai International Stadium.

“The SL tour and the preparation coming here did help too. Initially, the ball was seaming and swinging, so I had to take my chance against the spinners,” said Ruturaj Gaikwad in the post-match presentation ceremony.

Ruturaj Gaikwad’s 88 not out is now the highest score by a Chennai Super Kings batsman against their arch-rivals Mumbai Indians. His innings included nine boundaries and four sixes. Gaikwad also stunningly swept Jasprit Bumrah for a six on the last ball of the innings!