Home » Cricket » IPL 2022: All good things must end but Mumbai Indians will remain in my heart – Hardik Pandya

IPL 2022: All good things must end but Mumbai Indians will remain in my heart – Hardik Pandya 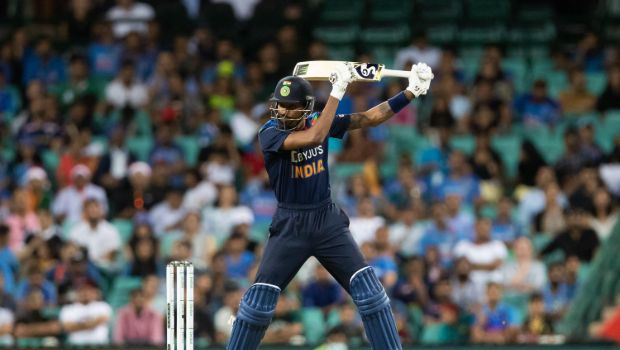 Hardik Pandya bid adieu to Mumbai Indians as the all-rounder was not retained by the franchise ahead of the mega auction of IPL 2022.

Pandya shot himself into the limelight after he performed consistently for the Mumbai franchise and impressed with his batting as well as bowling skills.

Hardik has only played for the Mumbai franchise in the IPL. He has amassed 1476 runs for MI in IPL thus far at an average of 27.33 and picked 42 wickets. The right-hander played an instrumental role in providing finishing touches for the team and played some crucial knocks for the five-time champions.

Pandya wrote an emotional note on his social media handle and said that all good things must end but Mumbai Indians will remain in his heart.

“.. as a person. I came here as a youngster with big dreams: we won together, we lost together, we fought together. Every moment with this team has a special place in my heart. They say all good things must end but @mipaltan will remain in my heart forever,” Hardik Pandya tweeted.

Meanwhile, Mumbai Indians decided to retain their skipper Rohit Sharma, gun fast bowler Jasprit Bumrah, star batter Suryakumar Yadav and talismanic all-rounder Kieron Pollard. The Rohit Sharma-led team has a remaining purse value of INR 48 crores and it will be interesting to note whether they will try to get back the services of Hardik Pandya in the upcoming mega auction.

Hardik had played a key role in the success of the team and he took giant strides in his career while playing for Mumbai Indians.