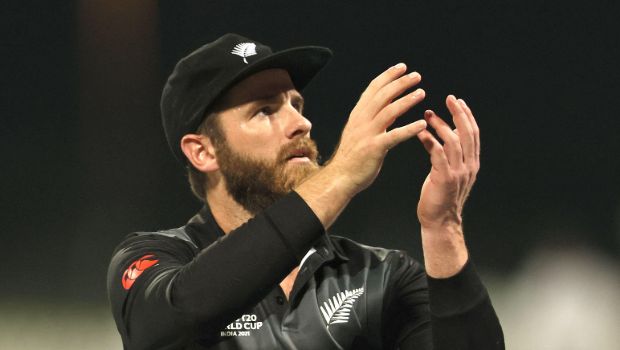 Sunrisers Hyderabad captain Kane Williamson gave credit to Gujarat Titans after they were beaten by five wickets at the Wankhede Stadium, Mumbai on Wednesday. 22 runs were required in the final over as SRH had their noses in front. However, Rahul Tewatia and Rashid Khan were able to get their team over the line.

Tewatia gave a perfect start as he smashed Marco Jansen for a six on the first ball of the over to put the lanky pacer under pressure. Subsequently, Rashid Khan scored three more sixes on the last four balls to win the thriller for his team.

Rahul Tewatia scored 40 runs from 21 balls whereas Khan smashed 31 runs from only 11 balls. Thus, these two were able to turn the tables for Gujarat Titans as the team continued its dream run in the tournament.

Kane Williamson said in the post-match presentation, “It was a fantastic game of cricket that ebbed and flowed throughout the 40 overs, it’s a game of very fine margins. Could have gone either way, but great learning for us. Another strong performance at the top of the table though. It was a fantastic finish by Shashank Singh, he played beautifully. Credit to Gujarat as they played outstandingly well, we’ll take positives out of this game.”

On the other hand, Umran Malik was once again impressive and scalped his maiden five-wicket haul in the IPL. The gun fast bowler returned with figures of 5-25 in his quota of four overs as he bowled fast and accurately at the stumps.

Williamson lauded the youngster for his fine spell, “He (Malik) has been bowling beautifully, an outstanding performance by him. If you are not on the money, the ball can fly anywhere. He (Rashid) has done it already in this tournament, and he has done it again. There’s a lot of learning for us, but with two strong sides such things happen.”

Meanwhile, Marco Jansen had an off day at the office as he conceded 63 runs in his quota of four overs, which is the most by a bowler in a run chase in the IPL. Williamson added the South African will bounce back stronger in the upcoming matches.

He concluded, “He (Jansen) will bounce back nicely, there have been a number of games like these. Sometimes you are blown away by the better side, credit to them (Gujarat) as they played outstandingly well.”