IPL 2022: David Miller reflects on leading a tense run-chase in the Qualifier 1 against Rajasthan Royals 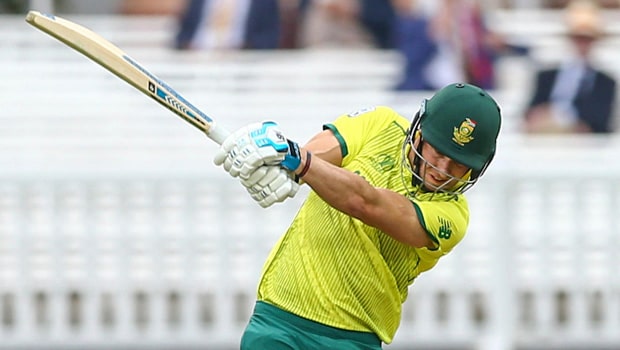 Gujarat Titans, in their maiden Indian Premier League campaign, now hold the credit for being the first team to qualify for the IPL 2022 final to go along with them being the first side to make it to the playoff rounds. At the iconic Eden Gardens in Kolkata, Gujarat Titans defeated Rajasthan Royals by seven wickets in the final over of the first qualifier to book their tickets for the IPL 2022 final which will be held at their home, the Narendra Modi Stadium in Ahmedabad.

GT were under pressure when Jos Buttler led proceedings with yet another sensational knock of 89 off 56 deliveries. Earlier in the game, Sanju Samson had wreaked havoc in the powerplay and missed his half-century by just three runs.

However, despite local lad Wriddhiman Saha’s dismissal in the opening over, GT showed resilience through Matthew Wade and Shubman Gill as both scored 35 runs each. Following Wade’s dismissal, Miller walked on to the crease in the 10th over with the score being 85/3 at the Eden Gardens.

The South African left-hander did take some to find his groove and faced the first 14 deliveries to score only 10 runs. However, he eventually made up for his slow start and went berserk against the opposition bowlers. Miller remained unbeaten on 68 off 38 and smacked three consecutive sixes in the final over off Prasidh Krishna to send his team to the final of the competition.

During the post-match interaction with opening batter Shubman Gill, Miller admitted that he had been nervous during the run-chase.

“I was a little nervous, to be honest. But, Hardik kept saying let us just play good cricket shots and keep hitting the gap. As you saw, he was not running too fast, I enjoy running between the wickets pretty hard. But, it ended out working pretty well, it was a fast outfield, so hitting the gaps was the best call,” he revealed.

Hardik Pandya, too, remained unbeaten at the other end, helping stitch a match-winning partnership of 106 runs. Although Pandya provided the initial flurry in the partnership while Miller was still finding his feet, they switched roles thereafter and the GT skipper was more than content with holding the anchor at the other end. He finished with 40 not out off 27 deliveries.