Home » Cricket » IPL 2022: I try to bring a sense of calmness to the dressing room – Faf du Plessis 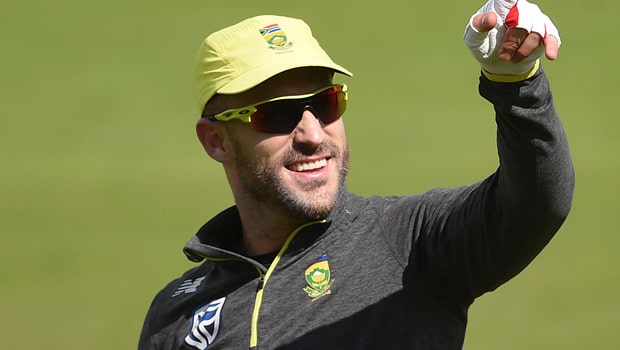 Royal Challengers Bangalore captain Faf du Plessis has revealed he tries to bring a sense of calmness to the dressing room as a leader, which is very important in T20 cricket. Faf has led the team from the front in the ongoing season and he has done a fine job as the skipper of the team.

RCB went on to win eight matches out of the 14 they played in the league stage to qualify for the playoff stages. The right-hander has scored 443 runs in 14 matches in the ongoing season at an average of 34.08 and a blistering strike rate of 130.67.

In fact, RCB had got a steal deal as they had roped in Faf du Plessis for INR 7 crores. This was the first time when the South African is leading in the IPL but he has all the leadership experience under his belt.

Faf has been able to get the best out of his players in the ongoing season and he will look to bring his best in the playoffs.

“I try to bring a sense of calmness to the dressing room. Always that calmness and composure. You never show your emotions to people when they make a mistake. We all have emotions but as players it’s important to feel that when they make a mistake there isn’t someone who is emotionally reacting to that mistake but they can come back with a clear and calm approach to what we’re trying to do. That helps the environment a lot. Whether you’re winning or losing, it’s that consistency,” said du Plessis to Cricbuzz.

“Positive emotions can be good, but players need their captain to be firm at times,” du Plessis said on his captaincy.

Faf added that he tries to involve senior players like Virat Kohli, Glenn Maxwell, and Dinesh Karthik in the leadership group to get the best out of young players.

“It’s never about being harsh. I also try to involve other players in leadership duties. Virat (Kohli) has captained, but so has Dinesh (Karthik) and Glenn (Maxwell). They’re responsible on and off the field. It can be little things or big decisions regarding our strategy. It’s important to empower the senior group,” he added.

“I think I learned a hell of a lot in that job (with the South Africa national team). So it’s been a nice life lesson for me as well — captaining sides. To make me understand people better. I’m very lucky that my journey has taken me through this, almost this life lesson in how different and how unique we all are in our separate ways,” he said.

RCB will face LSG in the Eliminator at Eden Gardens, Kolkata on Wednesday.