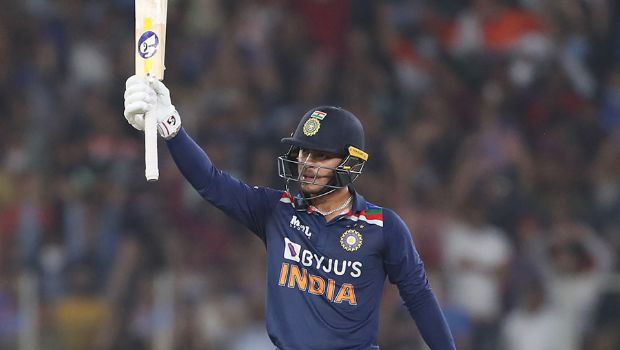 Former Indian all-rounder Irfan Pathan has named the four players who he thinks Mumbai Indians should retain ahead of IPL 2022 mega auction.

Pathan reckons Ishan Kishan will have 10 years of good level of cricket and he has got a bright future ahead of him. Kishan has impressed with his pyrotechnics in the IPL and has done a fine job for Mumbai Indians.

The southpaw has scored 1452 runs in 61 IPL matches at an average of 28.47 and a strike rate of 136.34 with the help of nine fifties. The left-hander’s breakthrough season came back in IPL 2020 when he amassed 516 runs in 14 matches at an impressive average of 57.33 and a whirlwind strike rate of 145.76 and thus played a key role in helping Mumbai Indians go all the way and clinch their fifth IPL title.

Irfan Pathan said while talking to Star Sports show Game Plan, “Rohit Sharma number 1, Jasprith Bumrah number 2, number 3 Kieron Pollard and number 4, I’m very clear on that, Ishan Kishan. He’s 23-years-old and has shown glimpses of what he can do and achieve. He’s a solid hitter when it comes to having a left-hand batsman at the top of the order and you can definitely invest in him because he will have at least 10 years of good level of cricket, so Ishan Kishan.”

Ishan Kishan has definitely shown the skills to go a long way in his career and he has a great ability to hit the ground running, which is pivotal in the shortest format of the game.

Meanwhile, it has been reported by ESPN Cricinfo that Mumbai Indians have decided to retain their captain Rohit Sharma and ace paceman Jasprit Bumrah.

Mumbai could not qualify for the playoff stages in IPL 2021 and they would aim to bounce back stronger in the next edition of the lucrative tournament.