Home » Cricket » IPL 2022: It was beyond my understanding – Aakash Chopra on Kuldeep Yadav not completing his quota of four overs

IPL 2022: It was beyond my understanding – Aakash Chopra on Kuldeep Yadav not completing his quota of four overs 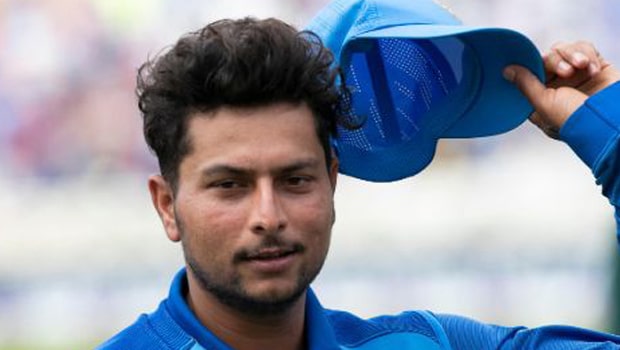 Former Indian opener Aakash Chopra was surprised after Kuldeep Yadav didn’t bowl his full quota of four overs against Kolkata Knight Riders at the Wankhede Stadium, Mumbai on Thursday despite bowling a superb spell. Kuldeep returned with impressive figures of 4-14 against his former team in the three overs he bowled.

Ergo, Rishabh Pant’s captaincy came under scrutiny as many experts believe Kuldeep should have been given his final over. Pant revealed that the ball was wet and he wanted to change the pace by bringing in fast bowlers but the move didn’t work for his team. In fact, Lalit Yadav was given the 17th over by Rishabh Pant.

Reviewing the match on his YouTube Channel, Aakash Chopra said, “We saw Kuldeep shining. My Player of the Match has to be Kuldeep Yadav. He took four wickets while conceding just 14 runs and bowled only three overs. You are thinking why only three, did he get injured – no. I have no idea, why? It was beyond my understanding.”

Kuldeep accounted for big wickets of Shreyas Iyer, Sunil Narine, Andre Russell, and Baba Indrajit and bowled at the top of his game.

“If you take four wickets in three overs – which includes the wickets of Shreyas Iyer, Andre Russell, and Sunil Narine – what more do you need? You are taking wickets as if it is not a difficult thing at all.”

Meanwhile, Kuldeep is enjoying bowling against his former team as he had returned with impressive figures of 4-35 in the previous match against KKR earlier in the season.

“It has happened for the first time that any bowler has taken eight wickets against Kolkata in one season – four in the last match and four in this match, and the captain didn’t give him the fourth over. I am at a loss of words about why this happened.”

It is anticipated that Pant didn’t give the final over to Kuldeep Yadav as Nitish Rana and Rinku Singh (both left-handers) were batting at the crease. However, former KKR player added that Kuldeep has dismissed many left-handers in his career.

“Agree there were two lefties – Nitish Rana was batting with Rinku – but Sunil Narine is also a left-hander and he dismissed him. He has dismissed a lot of left-handers, his ball in any case turns and goes away.”

Delhi will next take on Lucknow Super Giants at the Wankhede Stadium, Mumbai on Sunday.