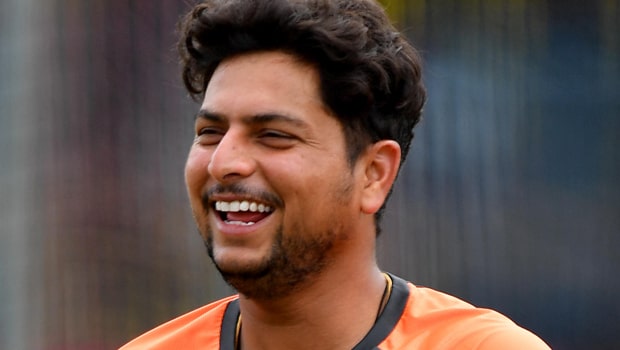 Kuldeep Yadav is having a terrific IPL 2022 campaign. After falling behind in the scheme over the last few years and losing his form, he seems to have reinvented his game. Kuldeep now looks as confident as ever and it has reflected in his game as well.

For the second time this season, he absolutely ran through Kolkata Knight Riders’ batting unit. It would mean a lot more to him because he hardly got any game time with the Knight Riders over the last couple of seasons. The 27-year-old also warmed the benches in the first leg of IPL 2021 before being ruled out of the second leg with an injury.

Kuldeep is currently second in the list of the highest wicket-takers in IPL 2022 with 18 wickets. Yuzvendra Chahal is the current holder of the Purple Cap. When asked about the competition with the veteran leg spinner regarding the purple cap, Kuldeep said that there is not competition at all. He mentioned that Chahal is like an elder brother and wants him to win the Purple Cap.

“I’ve never felt it’s been a competition with him (Yuzvendra Chahal). He’s like an elder brother and when I was injured, he supported me a lot. From the bottom of my heart, I want him to win the Purple Cap this year,” he said at the post-match presentation ceremony.

Kuldeep Yadav also admitted that this is his best stint in the Indian Premier League and he is enjoying himself a lot.

“Definitely my best IPL since I’m enjoying my bowling and am very clear with my bowling. I am able to guess what the batters will do. I’ve been backing my skills. The odd delivery does go wrong but that’s how T20 is as a format. When you get a couple of wickets early it makes you confident.”

Kuldeep has been awarded the Man of the Match in all four of Delhi Capitals’ victories in IPL 2022. The chinaman bowler returned figures of 4/14 in his three overs against Kolkata Knight Riders. It included the prized dismissals of Shreyas Iyer, Andre Russell, and Sunil Narine.