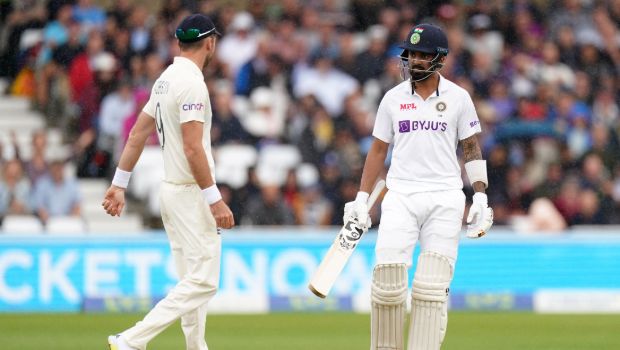 Punjab Kings head coach Anil Kumble has revealed that the franchise wanted to retain KL Rahul but they also respect his decision to go to the auction.

Rahul has been a consistent performer for the Mohali-based franchise in the last two years and he has also led the team with aplomb.

Rahul is one of the most consistent players in the IPL in the last few years. The flamboyant batter had scored 626 runs in 13 matches of IPL 2021 for the Punjab franchise. Furthermore, he had finished as the highest run-getter in IPL 2020 as he had amassed 670 runs in IPL 2020.

Moreover, he scored 593 runs in IPL 2019 and had finished as the second-highest leading run-scorer.

“Of course, the major challenge for us was Rahul. Obviously, we wanted to retain him. That’s one of the reasons we chose him as captain 2 years ago, so he could be the core of the team. But he decided to go into the auction, we respect that decision. It’s the players’ prerogative,” Anil Kumble said.

Meanwhile, Punjab Kings decided to retain their opener, Mayank Agarwal, for INR 12 crores and uncapped Indian player Arshdeep Singh for INR 4 crores. Kumble hinted that Agarwal has been a consistent player for them in the last few years and he can also be considered for the leadership role after Rahul decided to go under the hammer.

“I think when it comes to Mayank, the last 3 to 4 years, he has been with us, he has done exceptionally well for us. In the two years, I have been involved with the franchise, he has been very, very successful. Of course, he is again a potential leader. He has been around the IPL and international cricket for a long time,” Kumble added.

“Regarding Arshdeep Singh, he has someone who has come up in the last two years I have been involved in Punjab. He is only 21, to show that kind of maturity and temperament, we wanted to ensure he stayed with the franchise for a long period of time,” he added.

Punjab Kings will enter the auction with the biggest purse value of INR 72 crores after retaining only two players.

On the other hand, KL Rahul can be picked by two new franchises of Ahmedabad and Lucknow. These two newly added teams can pick three players each before December 25.