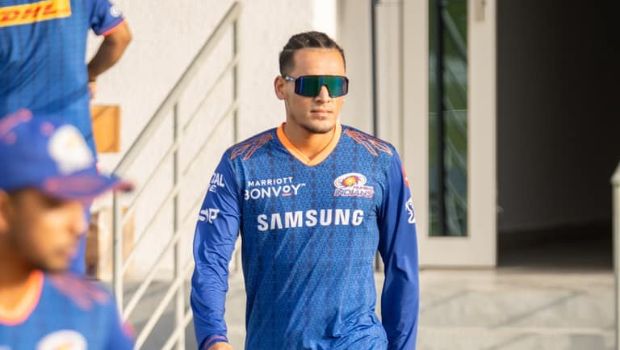 Chopra stated that no other bowler is more effective at M. Chinnaswamy stadium than a leg-spinner.

After releasing Yuzvendra Chahal, RCB will look to rope in a leg-spinner. Chopra feels RCB won’t go for Rashid Khan, who also has been released by Sunrisers Hyderabad and might enter the auction if the two new franchises don’t pick him.

The renowned commentator believes Yuzvendra Chahal won’t go into the auctions as he could be picked by the two new teams – Ahmedabad and Lucknow. On the other hand, Rahul Chahar is known to bowl quicker through the air and he could be effective for RCB at M. Chinnaswamy Stadium, which is well known to be a batting paradise.

“RCB will not get Rashid, they can forget about that. Instead, they will go after Rahul Chahar, big time. No spinners apart from leg spinners work at the Chinnaswamy stadium. He also bowls a lot quicker in the air. Ravi Bishnoi is also an option, but I’m thinking Rahul Chahar, they will break the bank for him. Chahal might not make it to the auctions,” Chopra said on his YouTube Channel.

Chahal picked 139 wickets at an average of 22.2 in 112 IPL innings for RCB and he was the franchise’s most successful bowler in the tournament. The leg-spinner had a great run in the UAE leg of IPL 2021 where he snared 14 wickets in eight matches at an average of 13.1 and at an economy rate of 6.13.

Mike Hesson, director of cricket operations of the Bangalore team, said, “The player retention process has been pretty robust and exhaustive. We’ve got an exceptional bunch of players but the key for us was to ensure we have a sizeable auction purse going into the IPL Mega Auction.”