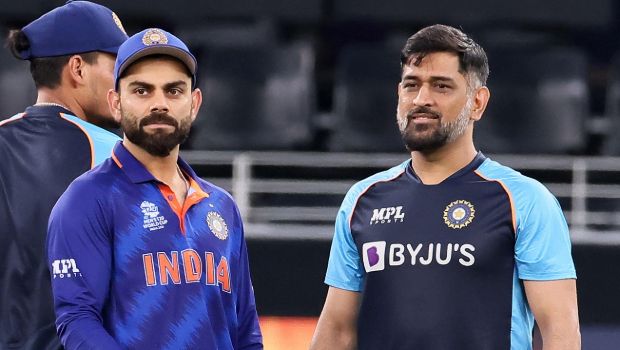 MS Dhoni, Virat Kohli, Rohit Sharma, and Jasprit Bumrah are some of the big Indian names which have been retained by their respective franchises for IPL 2022, ESPN Cricinfo has reported.

The list of retained players by the eight franchises are as follows:

According to retention rules, each team can retain a maximum of four players, out of which one can be a foreign player. If the franchise decides to retain four players, INR 42 Crores will be deducted from their auction purse of INR 90 crores.

Recently, MS Dhoni had expressed his desire to play his last T20 at Chepauk Stadium, Chennai, where he has received a lot of love from his fans. Virat Kohli, on the other hand, had stated that he will like to play for Royal Challengers Bangalore till the end of his IPL career after relinquishing his captaincy duties.

Rohit Sharma and Jasprit Bumrah have been vital pillars in building the legacy for Mumbai Indians over the last few years.

The deadline for every franchise to announce their retention is 12 PM IST on Tuesday.