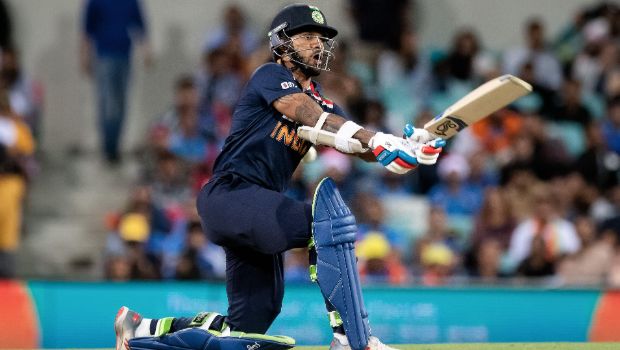 India’s veteran batter Robin Uthappa has expressed his surprise that Delhi Capitals decided not to retain their experienced opener Shikhar Dhawan, who has done so exceptionally well for the team in the last few seasons.

Dhawan had notably increased his strike rate and was consistently providing quick starts to the team while opening the innings with Prithvi Shaw.

However, Delhi Capitals decided to retain opener Prithvi Shaw, Rishabh Pant, Axar Patel and Anrich Nortje. Dhawan had scored 380 runs in the first phase of IPL 2021 for Delhi Capitals and had amassed 618 runs in IPL 2020 at a blistering strike rate of 144.73 and had finished as the second-highest run-getter in 2020 season.

Furthermore, Uthappa was also surprised that DC decided not to retain Kagiso Rabada, who has been a ace paceman for them in the last few seasons. Rabada had scalped 15 wickets in 15 matches in IPL 2021 while he had finished as the leading wicket-taker in IPL 2020 as he had snared 30 wickets in 17 matches. However, Delhi decided to retain Anrich Nortje, who also impressed with his raw pace and accuracy.

“About Shikhar, for sure. He has done so exceptionally well for them. It was a no-brainer. I thought Kagiso Rabada would be a no-brainer,” said Uthappa on Star Sports.

“And even up there, we know how dangerous Prithvi Shaw and Shikhar Dhawan can be, so the fact that they have let go of one from that pair is actually quite surprising,” he added.

DC remaining purse value is ₹47.5 crore and it will be interesting to note whether they will try to get Shikhar Dhawan and Kagiso Rabada in the mega auction.