Home » Cricket » IPL 2022: Strange to See Rahul Tripathi Hasn’t Got an Opportunity in The Indian Team so Far – Dale Steyn

IPL 2022: Strange to See Rahul Tripathi Hasn’t Got an Opportunity in The Indian Team so Far – Dale Steyn 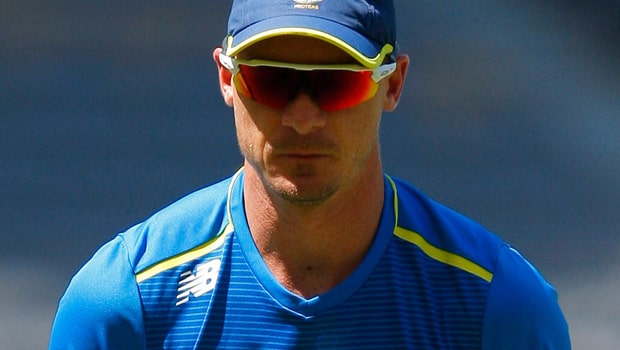 Sunrisers Hyderabad fast bowling coach Dale Steyn is surprised to note that Rahul Tripathi hasn’t yet got an opportunity in the Indian team. Tripathi, who plays for Maharashtra in the domestic circuit, has been a consistent performer in the Indian Premier League.

The right-hander had done a decent job while playing for Kolkata Knight Riders in the previous seasons and now he is delivering the goods for Sunrisers Hyderabad. Rahul has scored 228 runs in eight matches for the Orange Army at an impressive average of 45.60 and a blistering strike rate of 174.04 in IPL 2022.

Rahul is well known to hit the ground running and he mostly plays selflessly. The right-hander has provided the impetus to Sunrisers Hyderabad’s innings and he has played an instrumental role in the success of the team.

“I certainly believe that Rahul has a serious chance of making it to India’s T20I team. The IPL is a platform that allows players to perform so well that the Indian national team selects players from that pool. It’s strange to see that he hasn’t got an opportunity in the Indian team so far,” Steyn told Sportskeeda.

On the other hand, Tripathi added that the franchise has given him the stability to bat at number three in the batting order.

“SRH has given me stability at No. 3 because they trust my ability. I always prefer to bat in the top three, but that doesn’t mean I’m not flexible,” Tripathi said in an interview with Anandabazar Patrika.

There is no doubt that Rahul Tripathi has been performing consistently in the last couple of seasons of the IPL but his performances have been going under the radar as he is not getting his chances at the International level for India.

Tripathi will look to keep knocking hard and the selection doors and if he continues to bat in a similar fashion, the national selectors will certainly need to give his deserved opportunities.

Meanwhile, SRH has won five out of their eight matches in the ongoing season and have looked in good form.