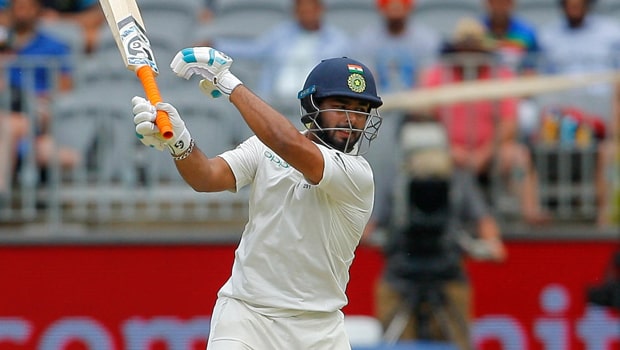 Delhi Capitals captain Rishabh Pant admitted they knew if they will take the game deep against Kolkata Knight Riders at the Wankhede Stadium, Mumbai on Thursday, they will win it. KKR posted 146 runs after they were put in to bat by Rishabh Pant following a fine fifty from Nitish Rana.

Meanwhile, Delhi Capitals were cruising in the run-chase as David Warner and Lalit Yadav were going strong. The duo added 65 runs alliance for the third wicket and DC was well placed at 82-2. But the Rishabh Pant-led team lost three quick wickets as they were reduced to 84-5 in a span of two overs.

Pant, Warner, and Lalit Yadav were dismissed in quick succession and DC was put under the pressure. However, Axar Patel played a useful knock of 24 runs from 17 balls whereas Rovman Powell added the finishing touches as he scored 33 runs from 16 balls.

Rishabh Pant said in the post-match presentation, “We were thinking (of the wobble) because we lost too many wickets in the middle but at the same time we thought if we take the game deep, we can win it. It is good to have Marsh back. We haven’t thought (about this as the best XI) as hundred percent. Khaleel got injured and that was a forced change, once he is back then we will have our best XI. I was just watching the ball till the end (referring to his low catch). I have been keeping a lot in the nets and that was my best catch throughout the season.”

Pant added that Powell has been given the onus of finishing the innings and the West Indian batter was able to deliver the goods.

Pant said, “We see him (Powell) as a finisher but like today when we lost too many wickets, he has to come up and do the job. We are not thinking about the points table and take one game at a time. We have to be more clear with our plans and that is something we can improve.”

On the other hand, Pant’s captaincy came under fire as he decided not to give the fourth over to Kuldeep Yadav who had scalped four wickets in the first three overs he bowled.

Revealing the reason behind his decision, Pant said, “I thought we would give him (Kuldeep) his final over from the other end but then the ball kept getting wet and I also wanted to change the pace, that’s why I brought the fast bowlers in but it didn’t work.”

Delhi Capitals will look to build on the winning impetus and this win will certainly give them a lot of confidence. Delhi will next take on Lucknow Super Giants at the Wankhede Stadium, Mumbai on Sunday.