IPL GC forbids CSK from traveling to the UAE early 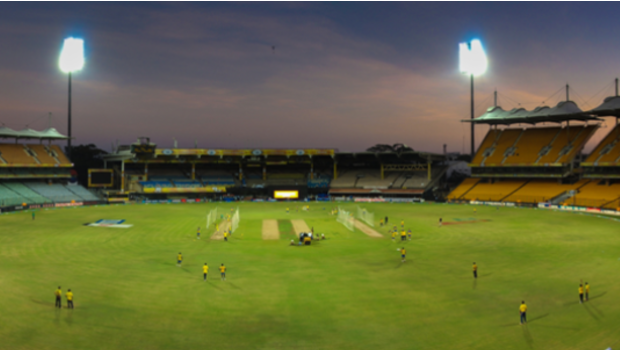 The Indian Premier League governing council has forbidden Chennai Super Kings from traveling to the UAE early. The three-times champions, CSK were planning to reach UAE earlier than the seven franchises to start their preparation for the T20 league, which will start from September 19.

It was reported that CSK was targeting to reach UAE in the second week of August as they wanted their players to get used to the conditions. According to IANS, a team official has stated that the team wanted to reach UAE before August 20. However, the IPL GC has not given permission to the franchise. The IPL GC has stated that all the eight teams can travel to the UAE only after August 20.

Furthermore, the official has confirmed that all the CSK players will reach Chennai where they will be tested for Covid-19 before they can fly to UAE for the IPL.

The CSK official stated that they had a word with the IPL GC and they have asked for clarity on the same. The IPL GC has clarified that the SOP procedure will take some more time and thus they have delayed the travel of the teams. The official added that all the doubts should be cleared by the end of the week.

“We had a word with the GC and have asked for further clarity. They have informed us that the SOP will take a couple of days more and it should be in by Thursday max. The meeting between the IPL GC and franchises is also being planned accordingly. We should have a full idea and all our doubts should be cleared by the end of the week,” the official said.

The official went on to add that they will start working on the Visa process once the Indian government gives a green nod to the tournament. The Sports Ministry has already given a green signal and the IPL GC is awaiting the final clearance from the Ministry of External affairs to stage the IPL in the UAE.

“Dhoni and the boys will get their test done and assemble in Chennai and we will look to fly off within 48 hours. At present, the idea is to get the players in and fly off as soon as we have the go-ahead. We are waiting for all the clearance of the government and once that comes in, we will start the visa process,” the CSK official concluded.

Meanwhile, all the eyes will be on CSK captain MS Dhoni, as he hasn’t played any professional cricket in more than a year. Dhoni is now 39 years and it would be interesting to note how he will play in the IPL.

Dhoni has all the experience in the world and the aficionados are waiting for him to get back into action. CSK is one of the most successful units in the IPL and they would aim to begin their training as soon as they reach UAE.